What's the Problem with 'No Problem'?

Some people do not find it welcome at all

As we're all taught as children, the traditional response to "thank you" is "you're welcome." This reply goes back to the early 20th century, but since that time a slew of hip, laidback alternatives—"it's nothing," "forget it," "think nothing of it," "my pleasure," "no sweat," "no worries," among others—have enlivened the language of politeness. One, however, isn't always welcomed with open arms, and we don't know why exactly. That oft-maligned expression is "no problem." 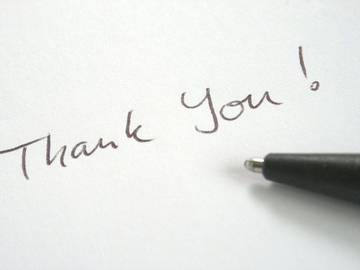 "No problem" is a slangy term that is often used by millennials—and by many Gen Xers—in exchanges in which "you're welcome" is traditionally voiced: "Thank you for holding the door for me." "No problem." To a majority of people, "no problem" is innocuous and is immediately recognized as a response to an expression of thanks for a courtesy—much like "you're welcome." How can it be interpreted otherwise? For some, it's because of its negative phrasing.

Parsing the expression, we have a joining of two negatives: no means "not any," and problem implies a difficulty in accepting something. Someone so inclined could deduce that a reply of "no problem" implies that one might have had a problem or difficulty with the task but in the end that wasn't the case, and for that reason only they're happy to have obliged. However, in actual usage, "no problem" hardly ever, if ever, carries that connotation. Most people who reply with "no problem" following an expression of gratitude intend to convey that they acted out of politeness and were not inconvenienced, and, really, no expression of thanks is needed. Sure, the term "no problem" is negative in construction, but its intended meaning isn't. Moreover, it isn't the first "negative" reply meant to imply that something was done out of sheer politeness or kindness.

"Don't mention it" goes back to the late-18th century.

Pray sir dont mention it, said the peasant, you are as welcome as myself.
— Clara Reeve, The Champion of Virtue, 1777

This expression implies that saying "thank you" is not necessary and that the person was glad to do the favor. The next century welcomes the rather abstract expression "not at all," which seems to have developed along the same lines as "don't mention it."

"Take another glass of wine, and excuse my mentioning that society as a body does not expect one to be so strictly conscientious in emptying one's glass, as to turn it bottom upwards with the rim on one's nose." I had been doing this, in an excess of attention to his recital. I thanked him, and apologized. He said, "Not at all," and resumed.
— Charles Dickens, Great Expectations, 1861

"You're welcome" follows these negatively constructed responses to an earnest "thank you"—and for many, it is not only greeted with open arms but forever embraced as the perfect reply to an expression of gratitude.

Welcome in the phrase may derive from the sense of the word meaning "received with gladness or delight especially in response to a need" or the sense "willingly permitted or admitted." In either case, it positively suggests that you are "welcome" to whatever I have given (or done for) you. In particular, the expression is used as a response to thanks given for an intentional and meaningful kind deed or for a paid service that has been carried out; however, it is also used out of habit to ease the course of social interactions. In other words, it can be a disingenuous phatic expression said reflexively. Other terms of politeness, including "no problem," are also commonly used in this way.

The fact is "you're welcome" and "no problem" aren't all that different. They can be sincere replies or reflexive expressions of politeness. Understandably, for some people, the newfangled "no problem," dating from the late 20th century, will take some getting used to. It's also fine to give "no problem" the cold shoulder if you want, but be aware that in just a short while it has become entrenched in the language, younger generations have embraced it, and for many it doesn't seem to be a problem at all.