Any piece of writing on the word underwhelm invites a series of inevitable ripostes from its readers; so before reading onward, take a moment and murmur to yourself all the snarky comments you were thinking of, about how this word history underwhelmed you and so forth. Done? Now let’s look at the history of this curious word. 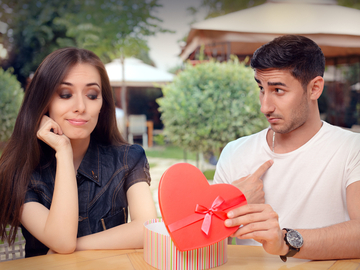 Underwhelm is a fairly recent addition to the English language, and as is often the case with such young words, there is a certain amount of misinformation regarding where it came from. We have seen reports that the playwright George S. Kaufman coined it, and also have read that the famed sportswriter Red Smith claimed to have used it first. Neither of these are likely to be accurate, for the simple fact that there is evidence that underwhelming was used, albeit as an adjective, before either of these men was born.

To this circumstance, and the decision of the Van Buren party to place the names of their candidates on the Presidential Ticket, (a stratagem by which many were doubtless decoyed) they are indebted for their underwhelming majority in this precinct.
—National Banner and Nashville Whig (Nashville, TN), 18 Nov. 1836

There is a small percentage of opinion that the senate will not concur in the holiday adjournment resolution, but it comes from an underwhelming majority.
—The National Republican (Washington, DC), 21 Dec., 1882

Overwhelm, the word from which underwhelm is playfully taken, has been with us for a considerably greater amount of time, with use dating to the 14th century. The earliest use of overwhelm was “to overthrow, overturn, or upset."

We have printed evidence of underwhelm being used as a verb from 1934, with an article in The Jefferson City Post-Tribune (Jefferson City, MO), containing the sentence “The committee on administrative law, headed by Louis E. Caldwell, of Washington, will report that the mass of new deal legislation is ‘seriously underwhelming’ the judicial branch of the government.” By the 1940s the word began to see an increase in activity, and appears now to have successfully navigated the tricky path from “jocular coinage” to “that word I use when I want to show off my caustic wit.”

It should also be noted that underwhelm has had a handful of other meanings, ones that are quite unrelated to its role as an antonym for overwhelm. It appears to have had brief periods of use as a noun (meaning “a member of a lower social class” and “a submersion”) and as an adjective (perhaps referring to a sartorial detail).

The beer-soused British workman is a sort of social sediment, He is an underwhelm, a blood relative of England’s vast pauper class.
—Proceedings of the Conference on International Relations, 1915

And, also, as the baptists mean submersion or underwhelming, when they speak of their kind of baptism; though their theory and practice, as we shall show hereafter, do not correspond.
—Hiram Gillmore, The Philosophy of Christian Baptism, 1846

All his frocks are slightly trained, and underwhelmed with lace petticoats; yet he kicks his draperies aside with that curious, imperceptible, feminine kick that only one man out of a million could ever imitate.
—The Daily Telegraph (Launceston, Australia), 31 Jan., 1902

In the event that you do not much care for underwhelm, but still would like to use a variant of overwhelm to expression your lack of enthusiasm, you might choose to use the verb whelm instead (based on the reasoning that taking the over- away will make the word less forceful). While we have seen evidence that some writers in recent decades have adopted this, you should be aware that whelm does have a long history in English, and one its principal meanings has long been "to overwhelm."