This week's lookups were driven by holidays and politics 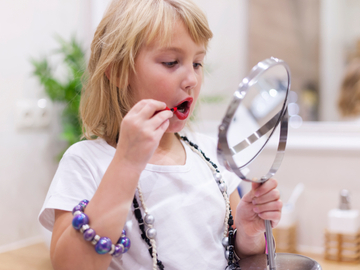 Lookups for 'fard' spiked on 5/6. The word means "to paint the face with cosmetics," but the spike probably has more to do with the word's resemblance to another word.

May 1st brought the annual spike in lookups for May Day. The holiday actually consists of multiple holidays which share a date and name, as it's both a celebration of spring and a day that honors working people. It does not have anything to do with the expression mayday.

Lookups for philanderer spiked 2650% on 5/3 after Republican presidential candidate Ted Cruz used the word to describe Donald Trump. The charge must not have stuck: Trump won the Indiana primary, causing Cruz to drop out and lookups for presumptive to skyrocket.

Back to politics: Hispanic spiked after Trump tweeted a photo of himself with a taco bowl and the caption "I love Hispanics!"

There is no entry in our dictionary for taco bowl.

Fard trended on 5/6. The word means "to paint (the face) with cosmetics"; however, we're pretty sure that's not why people were looking it up.