What It Means to ‘Touch Base’

Checking in with a sporting piece of business jargon

Touch base is an idiom often seen in business contexts meaning to make contact or reconnect with someone briefly, such as in "let's touch base next week." The phrase is thought to have some relation to baseball where both runner and fielders have to "touch base" in order to be safe or record an out. Perhaps the idea of the "base" became associated with "home base" or place of meeting, before becoming the idiom we know today. 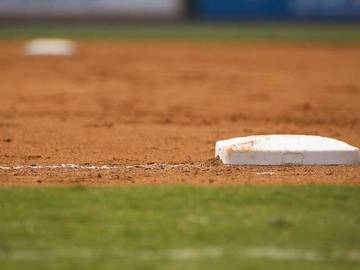 Don't forget to tag up.

To touch base means to make contact or communication with someone, usually briefly.

At the very least, when free agency kicks off this winter, the Yankees and Cole, represented by Scott Boras, will touch base and express mutual interest.
— Ken Davidoff, The New York Post, 22 Oct. 2019

Musial said he will be touching base with town staff to see what additional information might be needed. He said the timeframe for reapplying was up to the town.
— Stephen Beale, The Norwich Bulletin¸ 14 Oct. 2019

Touch Base: Business or Baseball?

Touch base often gets mentioned in lists of overused business jargon. To modern speakers of English, especially Americans, the phrase conjures images of baseball, where the corner bases are stations with which a runner must make contact before being put out—or, perhaps, the need for a fielder possessing the ball to make contact with one of the bases to record an out in certain situations.

Although touch base as an idiom is rarely seen in that form (i.e., without an article such as the) in modern descriptions of baseball, it can be found in instances throughout the 20th century, particularly in rule-book descriptions and the like:

If Mr. Umpire himself is in doubt at any time as to whether a man did or did not reach and touch base before a fielder secured the ball there, it is always safest and best to give the benefit of it to the base-runner, as the rules declare that the ball must be held by the fielder before the runner touches the base.
— Richard George Knowles & Richard Morton, Baseball, 1896

Touch base can be found as well in instances where base refers to some kind of station with which contact is to be established. The following describes the rules of a version of Hide and Seek:

When he is so engaged, the other players seek hiding places. The instant he has replaced the wicket, the leader begins to seek, or rather "spy," for upon seeing any one "It" can rush back to touch base, crying the name of the player whom he has just spied.
— Godey’s Lady’s Book Magazine, December 1879

As the examples at the beginning of this article suggest, current idiomatic use of touch base suggests a meeting of sorts between two people. It’s a rather long line to draw from the idea of a baserunner reaching a base safely to two people getting together to discuss business. One possible explanation for the derivation could be that the idea of base as a home or headquarters might lead to the suggestion of a salesman (for example) in the field “touching base”—that is, returning to headquarters to meet with a client or colleague. Some have also theorized that touch base might be a corrupted form of touch bases or touch basis¸ but a lack of substantial evidence for either form sends that theory back to the dugout.