Some of the words that defined the week of September 13, 2019 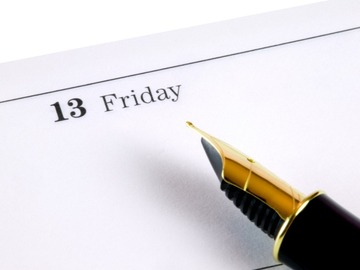 Icarus served as this week’s cautionary-tale-about-using-classical-imagery-without-thinking-it-through, after British newspaper The Daily Telegraph ran an article which appeared to have misunderstood the typical application of this word.

Nigel Farage is the Brexit Icarus. Here's how he can see us fly out of the EU to freedom | Hunter DuBose https://t.co/1V0c2ZWD7c

In Greek mythology Icarus was the son of Daedalus, an inventor who created (among many other things) artificial wings so that he and his son might escape the island of Crete. Icarus ignored his father’s warning to not fly too close to the sun, as the wings were constructed of feathers and wax; the wax melted as Icarus flew too high, and he fell into the sea and drowned. The name is generally used as a metaphor for someone who ignores advice and comes to a sticky end, and not as the term for ‘person who should lead our political movement.’ Icarian is the adjectival form of the word.

Events in the United Kingdom prompted another word, Black Rod, to spike in lookups, as people the world over tried desperately to make sense of what was happening this week in Brexit-related matters.

We define Black Rod as “the principal usher of the House of Lords”; the office is currently occupied by Sarah Clarke, and plays an integral role in a number of Parliamentary procedures (such as shutting it down, which happened this week). Although the position has existed since the 14th century, our earliest written evidence for the name comes in the latter half of the 16th.

This forenamed master Norace grewe in suche favour and grace with the king, that he became to be the chiefe gentleman of his privie Chamber, and also was master of the blacke Rodd: Which is an office to the noble Order of the Garter, which office hath a large Prerogative.
— Ulpian Fulwell, The flower of fame Containing the bright renowne, & moste fortunate raigne of King Henry the viii, 1575

An article in The Washington Post on Donald Trump’s management style sent many readers to a dictionary in search of information on the word Kafkaesque.

The rupture between Trump and Bolton, as chronicled in public and in private accounts of administration officials, is a case study of the president’s sometimes Kafkaesque management style — an unusual set of demands and expectations he sets for those in his direct employ.
— Ashley Parker & Philip Rucker, The Washington Post, 11 Sept. 2019

We define Kafkaesque as “of, relating to, or suggestive of Franz Kafka or his writing; especially, having a nightmarishly complex, bizarre, or illogical quality.” The word comes from the name of Franz Kafka, a Czech-born German-language writer whose surreal fiction vividly expressed the anxiety, alienation, and powerlessness of the individual in the 20th century. Kafka is but one of many writers whose names have served as the basis of some adjective; a small list includes the following writerly words:

Neocon and neoconservative both were in the news last week, often applied to the person of John Bolton, the recently fired/resigned national security adviser for President Trump. The words are synonymous, and, as seen below, are used interchangeably.

The neoconservatives who receive so much attention in the press are unilateral aggressive moralists: They believe in using military might to spread American ideals across the globe, and that doing so is beneficial to every person of good will on the planet. They obviously favored this in Iraq in 2003, but neocons have used the same rationale to justify and advocate a wide range of other hawkish policies down through the years.
— Damon Linker, The Week (theweek.com), 11 Sept. 2019

We define neoconservative in two ways: “a former liberal espousing political conservatism” and “a conservative who advocates the assertive promotion of democracy and U.S. national interest in international affairs including through military means.” Most people would say that Bolton is best described by the second of these definitions. When used as an adjective neoconservative (used in a general sense, referring to one who espouses a new form of conservatism) may be found as far back as the middle of the 19th century.

We could not better give an example of the neo-Conservative mind than by pointing to the speeches of the Duke of Rutland and Lord John Manners, at Melton Mowbray, on the first meeting of the “newly-amalgamated Leicestershire and Waltham Agricultural Associations.”
— The Times (London, Eng.), 1 Oct. 1862

Our Antedating of the Week: 'flamenco'

For our antedating of the week we are looking at flamenco (“a vigorous rhythmic dance style of the Andalusian Gypsies”), which has, on rare occasion, been confused with flamingo, or even flaming. We have pushed back our earliest citation for this word from 1896 to 1882.

At last the moment for the flamenco arrives. The leader begins to beat monotonously on the boards, just as our Indians do with their tomahawks, to set the rhythm; the guitars strike into their rising and falling melancholy strain.
— Harper’s New Monthly Magazine, Sept. 1882