Some of the words that defined the week ending October 30, 2020 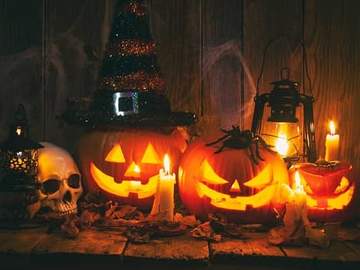 Poll watcher has been in the news a good amount over the past few weeks, following reports of such entities potentially causing problems in the 2020 elections.

We define poll watcher as “a person assigned (as by a political party or candidate) to observe activities at a polling place to guard against illegal voting, fraudulent counting of ballots, and other violations of election laws.” It is worth noting that the eligibility and qualifications needed to serve as a poll watcher vary from state to state, and our definition is an attempt to cover a broad framework of possible examples. Our definition is not intended to encompass freelance poll watchers, or people who to decide to enforce election security on their own. Poll watchers, or at least our lexical record of them, have been around now for some 160 years.

He led them on in their error until they had committed themselves before several of our poll watchers, when they were exposed, and to save themselves agreed to vote the Republican ticket!
— Daily Missouri Democrat (St. Louis, MO), 30 Oct. 1860

Hypothermia means “subnormal temperature of the body.” The word comes to us from New Latin, from the prefix hypo- (“under,” “less than normal”) and the noun combining form -thermia (“state or generation of heat”). Also showing a large increase in lookups was the idiom leave (someone) out in the cold, which is defined as “to leave (someone) in a bad position; to not give (someone) the rights or advantages that are given to others.”

Anonymous was back in the news, after Miles Taylor, the former chief of staff for Homeland Security, revealed himself to be the author of an op-ed published in The New York Times two years ago.

Anonymous may be defined in the following ways: “of unknown authorship or origin,” “not named or identified,” or “lacking individuality, distinction, or recognizability.” There are a number of related nouns; anonymousness refers to the state of being anonymous, and the somewhat obscure word anonym can mean “an anonymous person,” or “pseudonym.” Anonymuncule is another little-known word, defined as “an insignificant anonymous writer.” We know of no word with the meaning “a significant anonymous writer.”

Many people turned to the dictionary to see if we had added a new sense of the verb humble after Kim Kardashian seemed to tweet that she was humbled to have her 40th birthday party on a private island.

40 and feeling so humbled and blessed. There is not a single day that I take for granted, especially during these times when we are all reminded of the things that truly matter. pic.twitter.com/p98SN0RDZD

Humble functions primarily as an adjective (“not proud or haughty,” “not costly or luxurious,” “unpretentious”) or as verb (“to make someone humble,” “to destroy the power, independence, or prestige of”). Humble shares a root with humility, the Latin word humilis (meaning “low”).

Our Antedating of the Week: 'boosterism'

Our antedating of the week is boosterism, defined as “the activities and attitudes characteristic of boosters (enthusiastic supporters).” Our earliest record of use had previously been from 1910, but recent findings show that we’ve had boosterism since at least 1902.

I have met people here from almost every state in the Union. Some from Cuba, Philippine Islands, Mexico and Dominion of Canada. All speak most favorably of the curative powers of the baths and water. But it is amusing and very comical to hear them denounce “boosterism” in such bitter terms, declaring, if they were to live a thousand years no one cold again beguile them at Hot Springs.
— The Standard Gauge (Brewton, AL), 7 Aug. 1902