Some of the words that defined the week of November 22, 2019 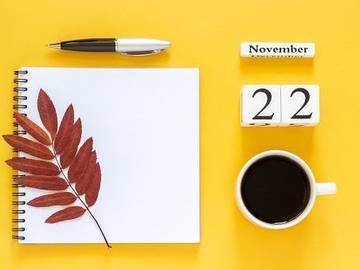 Nefarious was one of a number of words which spiked in lookups during the testimony of Lieutenant Colonel Alexander Vindman, when he appeared before the committee of representatives holding an impeachment inquiry.

Lt. Col Alexander Vindman says he doesn’t “take it as anything nefarious” that a transcript of President Donald Trump’s July call with Ukrainian President Volodymyr Zelenskiy was put on a highly secure server.
— pbs.org, 19 Nov. 2019

Nefarious is defined as “evil” or “flagrantly wicked or impious.” The word, in use in English since the beginning of the 17th century, comes from the Latin nefas, meaning “crime.” It is one of very few English words with this root, accompanied only by the likes of nefariousness and the thoroughly obscure nefast (“wicked”).

And I believe you did testify that corruption is endemic in Ukraine?
— Steve Castor (transcript), Impeachment Inquiry (docs.house.gov), 19 Nov. 2019

Endemic may be defined as “belonging or native to a particular people or country” or “characteristic of or prevalent in a particular field, area, or environment.” It is frequently contrasted with epidemic (“affecting or tending to affect a disproportionately large number of individuals within a population, community, or region at the same time”); the words share the Greek root of dêmos (“district, country, people”). When these words are used in a medical sense endemic refers to a disease that is constantly present, to an extent, in a particular place, while epidemic refers to a severe outbreak of a disease affecting many people in a region at one time. Although both words are often found used in medical contexts, they are also employed in a general sense.

Ambiguity was definitely influenced by Vindman’s testimony, after Adam Schiff asked the lieutenant colonel if this word could describe a query made by President Trump.

SCHIFF: That is one of the favors that you thought should be properly characterized as a demand?
VINDMAN: That is correct.
SCHIFF: And there's no ambiguity about that?
VINDMAN: In my mind, there was none. https://t.co/RzMl60Z67t

This word (along with synonym ambiguousness, and ambiguous) comes from the Latin ambigere (“to be undecided”). Ambiguity is occasionally confused with ambivalence, due to the words sharing the prefix ambi- (“both”). There is some semantic overlap between these words, as ambivalence may mean “uncertainty as to which approach to follow” (ambivalence can also mean “simultaneous and contradictory attitudes or feelings (such as attraction and repulsion) toward an object, person, or action”). However, the words are not interchangeable; a person can have ambivalence, while a situation will contain ambiguity.

In other testimony before the House committee, Marie Yovanovitch sent many people to the dictionary to look up smear and kneecapping.

The ousted U.S. ambassador to Ukraine said Friday she was the target of a “smear campaign” by President Donald Trump and his personal lawyer Rudy Giuliani — an effort she said undermined U.S. national security interests and emboldened Russia. Marie Yovanovitch, delivering emotional public testimony before House impeachment investigators, told lawmakers she was “kneecapped” by Americans who allied themselves with corrupt Ukrainian interests, and was abandoned by State Department leaders who refused to publicly defend her.
— Andrew Deiderio and Kyle Cheney, Politico (politico.com), 15 Nov. 2019

Smear has been in English for a considerable length of time, since before the 12th century, as both a verb and a noun. The earliest meaning of the verb is “to overspread with something unctuous, viscous, or adhesive”; the noun began with the meaning of “a viscous or sticky substance.” The sense relevant to Yovanovitch’s remarks (“a usually unsubstantiated charge or accusation against a person or organization”) is a recent one, dating from the early 20th century. Smear campaign has been in use since the beginning of the 1930s, and has long been found in political contexts.

Kneecapping, defined as “the terroristic act or practice of maiming a person's knees (as by gunshot),” appears to be of similar vintage as smear campaign:

However, they discovered that a wounded breed would shriek with pain and this seemed to strike terror among others of the band. This discovery resulted in the adoption of a plan of offensive known as “knee-capping.” The play was to wound a breed either in the knee of elbow this inflicting a painful wound which would cause the victim to shriek and render him just as useless as if he had been killed outright.
— Rolls Herald (Rolls, MO), 1 May 1930

A number of words also spiked in conjunction with the testimony of Fiona Hill, including rabbit hole.

KELEMEN: During her closed-door deposition, Hill brought up those concerns, saying she's worried that lawmakers are, in her words, going to go down a rabbit hole looking for things that are not going to be helpful to the American people or to our future election in 2020.
— (transcript of Morning Edition), npr.org, 21 Nov. 2019

Rabbit hole does have a literal meaning (“a hole inhabited by a rabbit or rabbits”), but we do not provide an entry for this, as it is sufficiently self-explanatory that we have deemed it superfluous. However, we do provide a definition for the figurative sense of the word: “a complexly bizarre or difficult state or situation conceived of as a hole into which one falls or descends; especially one in which the pursuit of something (such as an answer or solution) leads to other questions, problems, or pursuits.” This sense comes from Lewis Carroll's Alice in Wonderland, in which the titular Alice falls down a rabbit hole.

Our Antedating of the Week: 'bombshell'

Our antedating of the week is bombshell. This word has a number of figurative senses, including “something that stuns, amazes, or is shatteringly upsetting” and “a person who is the cause and object of sensational and usually widespread attention, excitement, or attraction”; the word’s earliest meaning is “an explosive device fused to detonate under specified conditions.” Our earliest use for this word had previously come in 1708, but recent findings show that it was in use at the end of the previous century.

A vast number of Bomb Shells are now filling at Greenwich for the Bomb Vessels now in the Downs.
— London News-Letter with Foreign and Domestick Occurrences (London, Eng.), May 1-4 1696