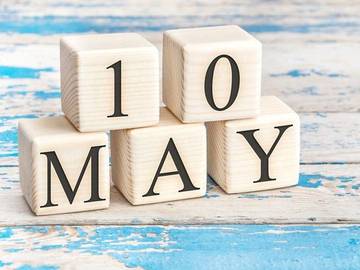 Renege came up in many news reports this past week, usually in reference to ongoing trade negotiations between the United States and China.

Senior U.S. officials accused Beijing on Monday of reneging on commitments it had agreed to during negotiations for a comprehensive trade deal and vowed that punishing tariffs on Chinese imports would more than double Friday.
— David J. Lynch & Robert Costa, The Washington Post, 6 May 2019

The sense of renege most relevant here is “to go back on a promise or commitment,” but the word, which comes from the Latin renegare (“to deny”), also has the meanings of “revoke” and “to make a denial.”

People who are interested in continuation of the British royal family were recently made aware of the name of the newest member of this group.

Hours after the world saw its first glimpse of Meghan and Harry's new son, the newborn's name was revealed on their official Instagram account as Archie Harrison Mountbatten-Windsor.
— Max Foster & Tara John, CNN (cnn.com), 9 May 2019

We do have an entry for archie, but not because we are royal onomatologists. We define it as a word, not as a name, as a slang synonym of antiaircraft.

Executive privilege still occupies much of the public’s thoughts, as the word continues to appear with regularity in the contretemps between President Trump and the House of Representatives.

These two words are found in combined form since at least the last 18th century; the sense that we define (“exemption from legally enforced disclosure of communications within the executive branch of government when such disclosure would adversely affect the functions and decision-making processes of the executive branch”), which is more narrowly concerned with disclosure of information, dates from the early 20th century.

Messrs. W. Smith, Madison, Livingston, Sitgreaves, Harpers, and Claiborne supported the motion with great zeal; they contended that so far from interfering with Executive privileges, it went to strengthen any negociation which the Executive might be disposed to enter into, while it did not require any, if the Executive saw god reason to forbear the attempt.
— The Independent Gazetteer (Philadelphia, PA), 14 May 1797

Also making a number of appearances in commentary about political disagreement was what’s good for the goose is good for the gander. Our definition for this idiom as “used to say that one person or situation should be treated the same way that another person or situation is treated.” Although in common use it tends to create a degree of confusion for many speakers, as the word gander (“an adult male goose”) is now relatively uncommon in U. S. use. Gander has a secondary meaning of “simpleton.”

Our Antedating of the Week: constitutional

For our antedating of the week we are looking at constitutional, as this is a word that is often appearing in our nation’s discourse, and has a frequency of use that seems unlikely to diminish any time soon. Our earliest record of use had previously come from 1682; its use now may be dated as far back as 1649.

And yet I have not known more unhappy men in sutes, then mere Scholers, for they looking upon generall rules of Equity only, can hardly be drawn (till they are well smarted for their Scholastick presumptions) into a belief of the wholsome composure of our Lawes fitted in their position, aswel unto adequate reason of naturall right, as appropriated most part unto the constitutional bent of our Nation: upon this anvill of causelesse discontent and prejudice it is true, occasion is improperly taken and Ministers heartily threaten Attorneys, as brambles in the State, because, our bills are neither by them intelligible nor legible, in that, they are unreasonable.
— Albertus Warren, The Royalist reform’d, 1649