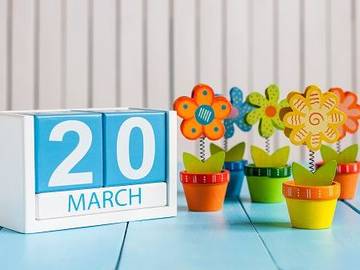 Joe Biden and Bernie Sanders had a debate last weekend, and one of the words which attracted much attention was unfactual.

"The first thing we have to do, whether or not I am president, is to shut this president up right now," Sanders said during the 11th Democratic debate in Washington D.C. on Sunday night. "He is undermining the doctors and scientists who are trying to help the American people. It is unacceptable for him to be blabbering with un-factual information that is confusing the general public," the Vermont senator added.
— Alexandra Hutzler, Newsweek, 15 Mar. 2020

Gimlet-eyed readers may have noticed that we do not offer a definition for unfactual. Is it possible that the senator from Vermont has, quelle horreur, made a mistake? Has Mr. Sanders used a word that is not in fact a word? Anything is possible, but the absence of an entry in our dictionary does not necessarily mean that something is not a word (although we do have an entry for unfact. We will omit certain words which have long since passed from common currency, or which do not have sufficient breadth of usage, or which we have simply overlooked. Unfactual is not in extremely widespread use, but may be found in published prose.

The interest in American antiques and in the customs and way of life those antiques represent has surely long passed the point where sloppy, uncoordinated, unfactual books about them are of much value to anybody.
— Walter Prichard Eaton, New York Herald Tribune, 5 Jun. 1931

Asymptomatic has likewise been bandied about much more than it typically is.

Nonessential was among our most searched for words throughout the week, as it was applied in news reports to a variety of things, such as travel, jobs, and social activities.

Due to the spike in COVID-19 cases in the state, Cuomo asked private companies in nonessential industries to voluntarily keep all of their workforce home.
— Berkeley Lovelace Jr. & Noah Higgins-Dunn, CNBC (cnbc.com), 19 Mar. 2020

Our definition for this word is almost poetic in its brevity (and yes, we know that people rarely, if ever, use the words poetic and brevity in such combination): “not essential.” True, we also offer the definition of “being a substance synthesized by the body in sufficient quantity to satisfy dietary needs,” but that was probably not the sense that people were looking for last week. Before everyone jumps on their high horse and takes to some form of social media to make a caustic comment about how they just cannot believe that so many people have to look up the meaning of nonessential, you should know that we frequently see spikes in lookups for words which are commonly understood, or self-explanatory. People look up words for all kinds of reasons (etymologies, pronunciation, confirmation of victory in a barroom argument), and there’s nothing to be gained from making fun of someone for looking up a common word.

Many people are gaining an uncomfortable familiarity with furlough, as an increasing number of people are finding themselves out of work as a result of the coronavirus pandemic.

Staggered by the coronavirus outbreak, the lodging industry requested $150 billion in aid from the Trump administration Tuesday as Marriott International announced plans to furlough tens of thousands of workers.
— Hugo Martin, The Los Angeles Times, 17 Mar. 2020

Furlough came into English in the 17th century, from the Dutch word verlof, which literally means “permission.” In case you are wondering how a verb meaning “to lay off (a worker) for usually a brief or temporary period” came from a word for permission, it is because furlough was first used as a noun, with the meaning “a leave of absence granted to a governmental or institutional employee (such as a soldier or civil servant).”

…all Souldiers are hereby streightly charged and required … that upon no manner of pretence whatsoever, they go into any Chase, Parke, or Warren, except a common way lie through the same, having a Furlough or Passe under their Officers hand, and are upon their necessary businesse, marching upon that way without Gun or hurtfull Dog as aforesaid….
— Thomas Fairfax, By his Excellency the Lord Generall. Whereas daily complaints are made, that some disorderly souldiers under my command, contrary to the lawes of the nation, and discipline of the army, have, and still doe, commit very great outrages…., 1649

Our Antedating of the Week: 'insider trading'

Our antedating of the week is insider trading, an act of which some have accused Richard Burr (and, subsequently, several other senators). The senator from North Carolina apparently sold some large portion of his stock holdings weeks ago, and there is speculation that he did so based on advance knowledge he would have received as chair of the Senate Intelligence Committee.

Burr was one of three senators to vote against the STOCK Act, a 2012 bill “that explicitly prevents members of Congress and their staffs from using nonpublic information for insider trading,” according to McClatchy reporting at the time. Burr called the bill “ludicrous” and said existing laws already covered it for all Americans, including members of Congress.
— Brian Murphy, Durham Herald Sun (Durham, NC), 19 Mar. 2020

We define insider trading as “the illegal use of information available only to insiders in order to make a profit in financial trading,” and had previously had an earliest known use from 1966. Recent findings, however, show that the term has been in use for several decades prior to that.

”Nothing is imminent” on S.E.C. action relating to the stock market, officials said, although short selling, “insider” trading, the spread in market quotations and other market problems are under increasing scrutiny.
— The New York Herald Tribune, 19 Oct. 1937