Some of the words that defined the week ending March 12, 2021 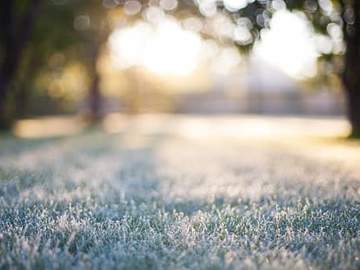 Both blindside and diabolical increased in lookups after Meghan Markle and her husband were interviewed by Oprah Winfrey.

Blindside may be either a verb (in which case it is typically a closed compound) or a noun (which is generally an open compound). The noun, blind side_, is considerably older, in use since the beginning of the 17th century, with the meaning “the side away from which one is looking.” The verb use of blindside did not begin until the middle of the 20th century, first with the meaning “to hit unexpectedly from or as if from the blind side,” and then followed by “to surprise unpleasantly.”

Remember the other day when I wrote about being clobbered by the Rams when they blind-sided me on the Redlands practice field?
— Maxwell Stiles, Mirror News (Los Angeles, CA), 19 Aug. 1955

Diabolical is defined as “of, relating to, or characteristic of the devil; devilish.” Both diabolical and devil can be traced back to the Greek diabolos, which means “slanderer.”

Third-degree was much in the news last week after murder charges of this type were reinstated against Derek Chauvin.

The judge overseeing the trial of Derek Chauvin, the former Minneapolis police officer charged with killing George Floyd, has allowed prosecutors to add an additional charge of third-degree murder against Mr. Chauvin, who is already facing a more serious count of second-degree murder.
— Nicholas Bogel-Burroughs, The New York Times, 11 Mar. 2021

The progression of degrees can be a confusing matter in English, as sometimes a higher number indicates greater severity, and in other cases a lower one does. A first-degree burn is less damaging than a second or a third-degree burn. However, a first degree legal charge is more serious (“deserving the harshest punishment”) than a second-degree charge is (“deserving punishment but not the most severe punishment”). Third degree charges for murder (which are less serious than those for first or second degree) are currently only applicable in a small handful of states in the U.S., and the requirements for such charges vary from state to state. Third degree has an additional meaning, which is not a technical legal one, that we define as “the subjection of a prisoner to mental or physical torture to extract a confession.”

A tweet by Representative Marjorie Taylor Greene in which she commented on the significant margin of victory in her recent election led a number of people to point out that it had been an unopposed contest.

Unopposed is a fairly straightforward adjective, in which the negative prefix un- has been placed in front of the word opposed; the most common meanings of unopposed are thusly “not opposed” and “having no opponent.”

A new television show, named Game of Talents, caused the words bonebreaker and levitator to spike in lookups, after contestants had to guess whether someone on the show merited such descriptors.

In TV Insider’s exclusive sneak peek of the first episode of the new show hosted by Wayne Brady (who also serves as an executive producer), it’s up to two contestants, Dr. John and Dr. Jamie, to determine if the mysterious performer is a fire thrower, bonebreaker, 3D dancer, stand-up comedian, levitator, or gospel singer (world champion jump roper has been eliminated).
— Meredith Jacobs, TV Insider, 9 Mar. 2021

A levitator is, unsurprisingly, “one that levitates.” Having not watched the show ourselves we are unable to ascertain with any certainty whether a human can in fact achieve unaided suspension in the air.

We define bonebreaker as “any of several large birds (such as the giant petrel, the lammergeier, or the osprey)." Once again, not having had the pleasure of viewing Game of Talents, we can not assert definitely that it is a show without lammergeiers or ospreys, but assume that this is the case. The show is perhaps employing bonebreaker in a manner that is synonymous with contortionist (“an acrobat able to twist the body into unusual postures”), a sense that is as-yet unrecorded in our dictionary.

Our Antedating of the Week: 'third degree'

Our antedating of the week is the previously mentioned third degree (the method of torturing a prisoner, not the legal charge). Our earliest known use of this word had previously been from 1900; recent findings show that it was in use at least as far back as 1888.

Hartman, after being put under the third degree by Inspector Byrnes, finally was induced to confess.
— Daily American (Nashville, TN), 22 Apr. 1888