The words that defined the week of March 1st, 2019 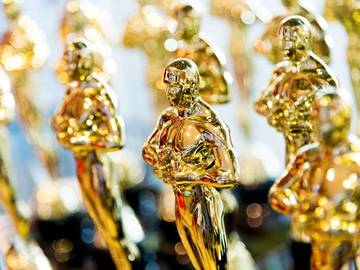 The Oscars were held this week, and caused almost as many words to spike as a political dustup. Indigenous was searched for considerably more than usual, following the nomination of Yalitza Aparicio for best actress. Aparicio, the star of Alfonso Cuarón’s film Roma, is a Mexican actor of indigenous heritage.

Long before Yalitza Aparicio became the first indigenous woman nominated for best actress at the Oscars, she applied for a retail position at a clothing store in her hometown of Tlaxiaco, Oaxaca.
She didn't get the job. Aparicio, now in the same conversations as Glenn Close and Lady Gaga, recalls the store manager's exact words: "It's your skin color.”
— Javier Cabral, The Chicago Tribune, 21 Feb. 2019

Indigenous may be defined as “native,” or “produced, growing, living, or occurring naturally in a particular region or environment.” In contexts such as apply to Aparicio the word refers to the original inhabitants of a place.

Shallow spiked dramatically in lookups, after Lady Gaga and Bradley Cooper, the stars of A Star is Born, performed a song of this name during the ceremony. The word has a variety of meanings, most of which are not germane to the context in which it was used. The earliest use of shallow, dating back to the 14th century, is “having little depth.” The use of the word that often refers dismissively to people (“lacking in depth of knowledge, thought, or feeling”) is some four hundred years old.

Wilt thou rest damn'd? God helpe thee shallow man: God make incision in thee, thou art raw.
— William Shakespeare, As you like it, 1623

Radzimir, a word which, if we are to be honest, does not often break into even the top thousand most-looked-up entries, had a moment in the sun during the Oscars, along with the woman who brought it there, Olivia Colman. Winner of the best actress award, Colman wore a dress made from radzimir, defined as “a firm silk or rayon fabric for women's clothing often made with lengthwise ribs or a broken twill weave.”

The word also has an archaic meaning, “a silk fabric usually black for mourning clothes.” It is thought to have been formed as a modification of the French ras de Saint-Maur (“short napped cloth of Saint Maur”).

Bohemian Rhapsody won four Oscars, and caused many people to look up the word rhapsody. This word has a number of senses which are now little used, in rock biopics or otherwise, including “a portion of an epic poem adapted for recitation” and “a miscellaneous.” Rhapsody, which may be traced back the Greek rhapsōidia (“recitation of selections from epic poetry”), has been in used since the 16th century. Among the more recently added senses of the word is “a musical composition of irregular form having an improvisatory character,” which has been in use since the early 19th century.

A second televised event drew considerable interest to a number of words; Michael Cohen’s public testimony before the House Oversight Committee. The hearing sent viewers to their dictionaries to look up words such as con man, churlish, trenchant, and perdition. In case it is not obvious from these words, the hearing was contentious at times.

Our Antedating of the Week: incredulous

For our antedating of the week we’ll keep the focus on Cohen’s testimony. Rep. Clay Higgins caused a spike in lookups for the word incredulous (“unwilling to admit or accept what is offered as true; skeptical”), when he used the word in questioning Cohen.

Our earliest known use of incredulous had previously been 1579; recent findings show that it had been used since at least 1562.

And yet not wythstandynge (ouer and besyde the premisses) suche one hath a lytle head, hollowe eyes, and a softe speache. And touchynge hys mynde he shall be very incredulous & harde of beliefe, in so much as them that sweare, and confirme theyr sayinges wyth othe, he shall not credite.
— Richard Roussat, The most excellent, profitable, and pleasant booke of the famous doctour and expert astrologien Arcandain, 1562