Some of the words that defined the week ending June 26, 2020 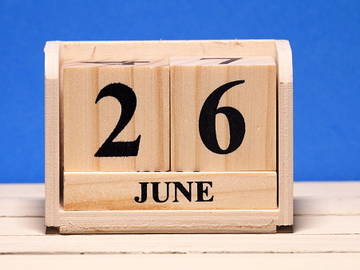 President Trump once again caused lookups for hombre to spike, after he used the Spanish loan word in a speech last week.

"It's 1:00 in the morning, and a very tough⁠—I used the word on occasion, hombre is breaking into the window of a young woman whose husband is away as a traveling salesman or whatever he may do."
⁠—Trump on why cutting funds for police will let "hombres" break into your home. pic.twitter.com/XbrSZnjIzY

Hombre, Spanish for “man,” has been in use in English since the early 17th century, with the meaning of “fellow, guy.” Trump’s musings on hombres also sent more people than usual to the dictionary to look up the meaning of ombre, a word which may meaning either “an old three-handed card game popular in Europe especially in the 17th and 18th centuries” or “having colors or tones that shade into each other —used especially of fabrics in which the color is graduated from light to dark.”

ICU has been in the news a considerable amount over the past few months, but last week saw the word subject to more attention than usual of late, after officials in Florida averred that only patients who needed intensive care should be listed as being in the intensive care unit.

In case you were wondering, yes, ICU is an abbreviation of intensive care unit, which we define as “a unit in a hospital providing intensive care for critically ill or injured patients that is staffed by specially trained medical personnel and has equipment that allows for continuous monitoring and life support.”

In jest, which is not to be confused with ingest, surged in lookups last week, after White House officials claimed that President Trump was speaking thusly when he announced that he had asked for a slowdown in coronavirus testing.

The White House said Monday that President Donald Trump was speaking only in “jest” when he said at Saturday night’s rally that he told officials to slow down testing for the coronavirus and that he had not actually ordered anyone to do so.
— Jordyn Phelps and Ben Gittleson, ABC News (abcnews.go.com), 22 Jun. 2020

We enter in jest as an idiom, with the definition of “as a joke,” and label it as formal and old-fashioned.

We define shambolic as “obviously disorganized or confused.” The word, which is chiefly found in British use, has been around since the early 1940s, and is believed to have come from shambles.

We loll about the bar in twos and threes,
Exchanging bits of scintillating “shop.”
I quote such fragrant specimens as these:
”At last we’ve got old D.A.D.O.S. on the hop.”
”They say it was a most shambolic op.”
This is one bar I did not want to prop.
I wish the Major would go in to dinner.
— Punch, or the London Charivari (London, Eng.), 15 Dec. 1943

The country music trio formerly known as the Dixie Chicks has dropped the attributive portion of their name, and henceforth will be referred to simply as the Chicks.

The Dixie Chicks are now the Chicks. The platinum-selling country trio, which in 2003 became pariahs in Nashville for criticizing President George W. Bush on the eve of the American-led invasion of Iraq, has changed its name, apparently in tacit acknowledgment of criticism over its use of the word “Dixie,” a nostalgic nickname for the Civil War-era South.
— Ben Sisario, The New York Times, 25 Jun. 2020

We define Dixie as “the states of the southeastern and south central U.S. and especially those which constituted the Confederate States of America," and the Confederate States of America as “the 11 southern states of the U.S. during their secession from the Union between 1860 and 1865: South Carolina, Mississippi, Florida, Alabama, Georgia, Louisiana, Texas, Virginia, Arkansas, North Carolina, and Tennessee.” The relevant sense of chick in this case is “girl, woman,” and is labelled as informal and sometimes offensive.

Our Antedating of the Week: 'exceptionalism'

Our antedating of the week is exceptionalism, which we define as “the condition of being different from the norm,” and “a theory expounding the exceptionalism especially of a nation or region.” Our earliest record of use had previously come in 1929, but recent findings show that it may be found in print as far back as the 1840s.

To this we are approaching, and we even hope that the tedious stupid West India debates of the last fortnight may be accepted as the sweeping away of the last heap of the rubbish of exceptionalism.
— The Standard (London, Eng.), 4 Jul. 1848

The word is often associated with the belief in an exceptional quality felt by Americans; while not the earliest use we have come across, this sense does exist as far back as the Civil War.

It is probable that the “exceptionalism,” if one may use the word, on which the Americans rather pride themselves, will not prevail in in the case of the struggle between North and South.
— The Times (London, Eng.), 20 Aug. 1861