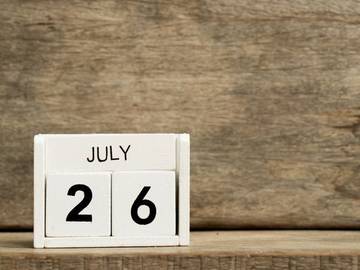 Political events once again drove a considerable amount of public fascination with words this past week. Many of these words, unsurprisingly, were not of a laudatory nature. Sycophant was used by the editorial board of the Miami Herald to describe Marco Rubio, senator from Florida.

The word is not a compliment; we define it as “a servile self-seeking flatterer” (servile means “meanly or cravenly submissive” or “of or befitting a slave or a menial position”). There has been much speculation about the origins of sycophant over the years, none conclusive. The word comes from the Greek sȳkophántēs, which literally means "one who shows the fig.”

Former special counsel Robert Mueller III testified before the House Judiciary and Intelligence committees last week, and remarks by Mueller and various representatives caused a large number of words to be looked up by a large number of people.

Consigliere spiked in lookups after Steve Cohen, a representative from Tennessee, employed the word in his question of the Special Counsel.

Cohen, D-Tenn., asked Mueller, as one in a long line of questions about Sessons' decision and Trump's angst over it, the following: “Is the attorney general supposed to be the attorney general of the United States of America or the consigliere for the president?”
— Samuel Hardiman, Commercial Appeal (commercialappeal.com) 24 Jul. 2019

We define consigliere as “a person who serves as an adviser or counselor to the leader of a criminal organization.” The word has an older sense, referring to one who counsels on matters not necessarily criminal, which dates back to the early 17th century; the meaning related to criminal enterprises is fairly recent, in written use since the early 1960s.

Matt Gaetz, a representative from Florida, caused a spike in lookups for loquacious, when he averred that Mueller merited this descriptor.

As Mueller attempted to respond, Gaetz cut him off and continued accusing him of not performing his due diligence during the investigation, saying, "You're quite loquacious on other topics.”
— Benjamin Fearnow, Newsweek (newsweek.com), 24 Jul. 2019

Loquacious, which comes from the Latin loquī (“to speak”), may be defined as “full of excessive talk” or “given to fluent or excessive talk; garrulous.” Should you need the noun form of the word you may choose from loquacity or loquaciousness. Exculpate (along with exculpatory and exculpation), purview, exonerate, collusion, conspiracy, and recuse were all also favorites of those following the testimony.

Our Antedating of the Week: 'troublemaker'

For our antedating of the week we are keeping our focus on recent political discourse, and taking a fresh look at troublemaker (“a person who consciously or unconsciously causes trouble”). The word was recently in the news after President Trump used it to describe with whom he has of late been disagreeing.

President Trump on Monday stepped up his attacks on a group of four freshman Democratic lawmakers, calling the group of minority women a “Racist group of troublemakers.”
— Jordan Fabian, The Hill (thehill.com), 22 Jul. 2019

Until recently our earliest citational evidence for this word has come around 1914; recent findings show that troublemakers of one sort or another have in fact been with us since the 17th century.

Vpon the suddaine discoverie of their companies, this most politicke captaine prepared to joyne battaile with them: and so charging upon all the sort of those nations, discomfited these bold brigands, who still stucke not to give out many threats: and put them he had every mothers sonne to the sword, but that after Farnobius, a terrible trouble-maker before time, was with many others slaine, he was importuned very much and intreated to spare as many as remained alive: and all those he sent away with life to occupie and husband the lands about Mutina, Rhegium, and Parma, townes in Italie.
— Ammianus Marcellinus (trans. by Phil. Holland), The Roman historie, 1609

The men ingaged in that plot, may properly be called Trouble-makers; It was their business or their designe to trouble the waters, that themselves might fish in those waters of trouble.
— Joseph Caryl, An exposition with practicall observations, 1661