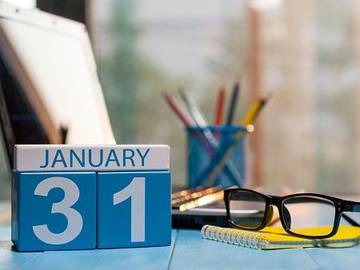 Lookups for pandemic soared as the coronavirus, and accompanying news coverage, continued to spread.

We often find people turning to the dictionary to distinguish between various types of pestilential occurrences. An outbreak often refers to “a sudden rise in the incidence of a disease, especially to epidemic or near epidemic proportions.” An epidemic is “an outbreak of disease that spreads quickly and affects many individuals at the same time.” And a pandemic is “an outbreak of a disease that occurs over a wide geographic area and affects an exceptionally high proportion of the population.” And when epidemic is used, medically, as an adjective, it carries a different meaning than endemic; epidemic describes a severe outbreak of a disease affecting many people within a community or region at one time, whereas endemic describes a disease that is constantly present to a greater or lesser extent in a particular place.

Now that we have covered the words outside of politics that captured people’s interest last week, we can now focus on the chummy and lighthearted vocabulary which accompanied the ongoing impeachment drama. The obscure word calumny had a spike in lookups, after it was used by White House Counsel Pat Cipollone during the impeachment hearings.

Calumny, which comes to English from the Latin calumnia (meaning "false accusation," "false claim," or “trickery”), may be defined as “a misrepresentation intended to harm another's reputation.” It has a number of other forms, each one equally or more obscure, such as the adjective calumnious, the adverb calumniously, and the verb calumniate (“to utter maliciously false statements, charges, or imputations about”).

Scintilla, a word we define as “spark, trace,” attracted the interest of many people last week, after Senator Lindsey Graham tweeted his belief that there was a large body of evidence showing that Hunter Biden had been involved in corrupt endeavors in Ukraine.

If one can find a scintilla of evidence about Biden corruption in Ukraine, the House case falls apart.

Today we have heard a tsunami.

Scintilla entered English in the 17th century, a direct borrowing from Latin (in which language the word also means “spark”). Scintilla in English tends to be found used in figurative contexts (not referring to actual sparks). The Latin word also serves as the origin of our scintillate (“to dazzle or impress with liveliness or wit”).

Blindside snuck onto the list of words most looked up last week, following reports that a number of senators felt that the past participle form of this verb was applicable to them. The verb is most commonly used to mean “to hit unexpectedly from or as if from the blind side” or “to surprise unpleasantly.”

Per sources, some GOP senators privately pushing White House for information on who at administration had visibility into the manuscript over the last month. Senators feel blindsided.

Blindside exists as both noun and verb; the noun form (meaning “the side away from which one is looking” or “the side on which one that is blind in one eye cannot see”) is the far older of the two, having been in use for many hundreds of years. The verb dates only from the middle of the 20th century.

For, as yet, I had neuer hard any speach of them, saue onely a confused kinde of buzzing of a thing, so that if I should haue had to doe with such as were not yet entred into the open playnes, I must needes haue played the part of one beating the bush (as we say) on the blinde side.
— Jean Calvin (trans. by T. Stocker), An excellent treatise of the immortalytie of the soule, 1581

A commentator on a CNN panel sent lookups for rube spiking, after he employed the word in an epithetical manner.

Rube, a shortening of the word Reuben (and we are quite sorry, Reuben, for we do not make the words or the etymologies, we only report them) has been used in an uncomplimentary fashion since the late 19th century. If you would like to call someone a rube, but do not want to offend the people named Reuben in your life, there are many fine non-onomastic choices available, including clodhopper and chawbacon.

Our Antedating of the Week: 'blindside'

For our antedating of the week we are returning to blindside. While our earliest evidence of use had previously come in 1960 it appears that we have been getting blindsided for at least ten years prior to this.

Let us not be blind-sided in listening to slobs who always find excuses for Russia, but neglect to mention how Russia helped build the whole filthy conspiracy to upset and ruin Europe.
— Ivan H. Peterman, The Philadelphia Inquirer, 8 May 1950

I went down to make a tackle on Em Tunnell on a punt return. I didn’t see Bob Hudson. He blind-sided me and there went the knee.
— The Evening Sun (Baltimore, MD), 22 Jul. 1955