Some of the words that defined the week ending January 29, 2021 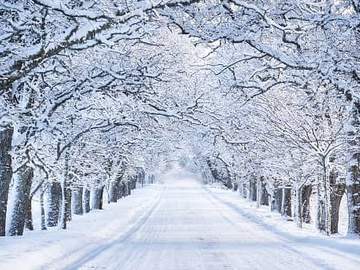 Get ready to learn a tiny bit about the stock market.

Short selling was very much in the news this week, after participants in a Reddit forum caused extensive financial losses to hedge funds who had been attempting to use this maneuver. That sentence may not have made much sense when you first read it, but fear not, gentle reader, it will also not make much sense when you go back and read it again.

This week, countless Robinhood users teamed up with organizers in r/WallStreetBets, a Reddit forum, day traders on Twitter and onlookers in other online investor communities, to expose vulturelike hedge fund investors who had aggressively short sold stocks for GameStop, the flagging retailer.
— Noah Kulwin, The New York Times, 28 Jan. 2020

We define short selling as “the act or practice of making a short sale.” A short sale, for those who wish to know, is “a sale of securities or commodities that the seller does not possess or has not contracted for at the time of the sale.” Our entry provides this additional information:
The purpose of a short sale is to profit from an anticipated drop in the price of a security or commodity. Typically, an investor directs a broker to borrow a quantity of stocks and to sell them at the current price. If the price drops, the investor then repurchases an equal quantity at the lower price, returns the borrowed stocks, and retains the difference in price as profit. If the price rises instead of falling, the investor may choose or be compelled to repurchase the stocks at a higher price and to accept a loss.

Home run found itself in use in countless headlines and ledes, following the passing of one baseball’s most revered players.

The earliest sense of home run is the baseball one, dating in use from the middle of the 19th century (our earliest evidence of use is from 1856). The word also took on a figurative sense, defined as “an impressive success,” in the early 20th century.

”Playing the Game Clean” is a home run of a baseball story that will grip you for two good reasons.
— (advt.) Boston Daily Globe, 9 May 1923

Muzzle had a fine figurative week, after Josh Hawley, the junior senator from Missouri, claimed that he was being subjected to the definition of this verb.

We define muzzle, as a verb, as “to fit with a muzzle,” “to gag,” or “to restrain, restrict.” The noun contains such senses as “the projecting jaws and nose of an animal,” “a fastening or covering for the mouth of an animal used to prevent eating or biting,” and “the open end of an implement.” The last of these noun sense is especially used in referring to the discharging end of a weapon, and serves as the muzzle portion of muzzleloader (a type of firearm). Muzzle comes from the Old French word mus (“mouth of an animal”), which itself is from the Medieval Latin musus.

A tweet from the erstwhile Senate Majority leader sent lookups spiking for comity.

Today, I made clear that if Democrats ever attack the key Senate rules, it would drain the consent and comity out of the institution. A scorched-earth Senate would hardly be able to function. It wouldn’t be a progressive’s dream. It would be a nightmare.

Comity is often found in political and legal use. Comity of nations is defined as “the courtesy and friendship of nations marked especially by mutual recognition of executive, legislative, and judicial acts,” and, in legal contexts, comity refers to the recognition by courts of one jurisdiction of the laws and judicial decisions of another. In general use the word has meanings such as “friendly social atmosphere,” “a loose widespread community based on common social institutions,” and “avoidance of proselytizing members of another religious denomination.”

Second Gentleman was just added to our dictionary this week, but at the top of our lookups, propelled there by recent events and a tweet from our nation’s own exemplar of this word.

I might be the first, but I won't be the last. https://t.co/1PFsrYslgM

The use of Second Gentleman did not originate with Douglas Emhoff; our earliest citation comes in 1976. However, the election of his wife Kamala Harris to the office of the vice-presidency has caused the term to gain significantly more currency of use.

Our Antedating of the Week: ’four-bagger’

Our antedating of the week is four-bagger, a synonym of the Hank Aaron sense of home run. Our earliest known use of this word had previously come in 1926; recent findings show that we began using this somewhat awkward term more than 50 years earlier.

The heaviest batting was done by Redmond and Collins, the latter making a “four bagger.” A fine assemblage was present.
— The St. Louis Republican (St. Louis, MO), 25 Oct. 1875