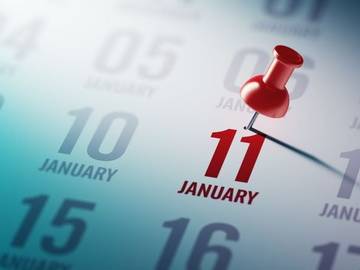 This week has something for everyone: college football, acclaimed authors, toilet talk...

Immersive attracted a fair amount of attention last week, after Kohler promoted their smart toilet as part of a “fully-immersive experience.”

I would rather not be fully immersed in a toilet, thank you very much. pic.twitter.com/Qmb7fQrGHE

We define immersive as “providing, involving, or characterized by deep absorption or immersion in something (such as an activity or a real or artificial environment),” and find that the absorption is typically of a figurative nature. This sense of immersive is fairly new, dating to the early 20th century. However, the word does have an earlier sense (“of or pertaining to immersion”), which falls more into the things-I-do-not-want-to-do-with-my-toilet camp.

But if you will further purifie it from its alloy, or allowance in the Mint, you must make use of dissolution which is the immersive Calcination, and melt it by drying in a Cupel with Lead purposely made for this operation of purifying Silver, and that before you expose it to other Calcinations which must be previous to the preparations of this Metal.
— Nicaise Le Fèvre, A Compendious Body of Chymistry, 1662

Eviscerate likewise was among our top lookups during the past week, after ESPN host Chris Fowler used the word to describe the treatment of one football team by another (Clemson thrashed Alabama roundly). Fowler also employed the word capitulation to describe Alabama’s behavior in the game.

"I never thought I'd see anybody, I use the word eviscerate, (Alabama)." -@cbfowler called the #NationalChampionship and recounted what he saw last night in #Clemson enormous victory: pic.twitter.com/GQYEvRRmCP

Eviscerate came into English at the end of the 16th century, and initially had the grisly meaning of “to disembowel; to take out the entrails of.” Happily for Alabama, eviscerate is also used figuratively, and may mean “weaken decisively.” Capitulation, used above in the sense of “the act of surrendering or yielding,” likewise has an earlier meaning. Beginning in the early 16th century capitulation initially meant “a set of terms or articles constituting an agreement between governments.”

I do not see why any man should enuy thee, since thou art none of these lurcones or epulones, glutōs or fleshpots of Egypt (as one that writes of the christians captiuity vnder the Turke enstileth vs English mē) nor liuest thou by the vnlyuing or eviscerating of others, as most fishes do, or by any extraordinary filth whatsoeuer, but as the Cameleon liueth by the ayre, and the Salamander by the fire, so onely by the water arte thou nourished, and nought else, and must swim as wel dead as aliue.
— Thomas Nash, Nashes Lenten Stuffe, 1599

Ascerteynyng Your Grace that by such wordis as be comprised touching the Popis Holynes, it shulde seme that there hath passed some capitulacions and agrementes betwene hym and the Emperour, which as yet be kept to theym selfes secrete.
— Cardinal Wolsey, Letter to King Henry VIII, 25 Jul. 1521

Petulant drew attention to itself after Speaker of the House Nancy Pelosi used the word to describe President Trump, following a contentious meeting.

“The president stomped out of the meeting when he said to me, ‘Will you support a wall?’ and I said no. Now they’re trying to mischaracterize what he actually said,” Pelosi said of GOP leaders. “It was a petulant president of the United States.”
— Politico (politico.com), 9 Jan. 2019

Petulant may be defined as “insolent or rude in speech or behavior” or “characterized by temporary or capricious ill humor.” This word comes in part from the latin petere, which itself may mean "to go to," "to attack," "to seek," or "to request.” A number of other English words share petere as a base, including compete, impetus, and the sadly underused cornupete (“ goring or attacking with the horns — used of a bull represented in sculpture or painting”).

Roxane Gay spoke for many last week when she expressed her frustration with the haphazard use of the words cement and concrete.

The most common position in the cement/concrete imbroglio is that cement is but one ingredient that goes into making concrete (a substance which also contains some mineral aggregate and water). Thus, cement is analogous to flour and concrete is analogous to cake. While we hesitate to gainsay Gay or the many hundreds of people who commented on her tweet we do define cement as … um, “concrete.” We also define it as “a powder of alumina, silica, lime, iron oxide, and magnesium oxide burned together in a kiln and finely pulverized and used as an ingredient of mortar and concrete,” and a number of other things, but it’s the “concrete” sense that gets people all in a swivet.

The reason we do this is not because we want to annoy you; we define cement as “concrete” because that was the original sense in which the word was used (in the 14th century). Furthermore, it is still used in this sense by many people today; were it not so widespread as to merit inclusion people would not be complaining about it. However, the fact that we define cement as “concrete” does not mean that the two words are interchangeable, or that it is appropriate to substitute concrete for cement willy-nilly. You may certainly hold onto this peeve, if it brings you joy.

Our Antedating of the Week: indictable

For our antedating of the week we turn to judicial language. The word indict has drawn considerable attention in the past year or so, as the investigation by Robert Mueller has resulted in a number of people seeing this word applied to them. Less attention has been paid to a word which is based on indict, which is indictable. This word may be defined as “liable to indictment” or “making one liable to indictment.” Previously, our earliest record of use had come in 1706; recent findings have pushed that date back almost a hundred years, as we have been describing things (if not people) as indictable since at least 1608.

But poore soules, the motiue cause of this offence by concealment of things indictable and presentable, is not in your selues.
— William Wilkes, _ A second memento for magistrates Directing how to reduce all offenders_, 1608