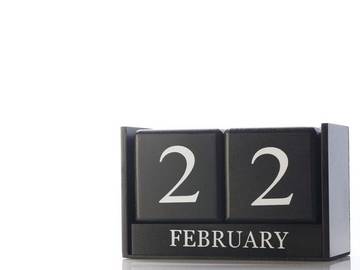 By the end of this article you will learn a delightful new word. We promise.

This past week saw the celebration of Washington’s Birthday, which falls on the third Monday of February. Every year citizens of our country gather to celebrate the birthday of George Washington, and to argue about how to properly spell the holiday. Some people write it as Presidents Day, and still others (less frequently) as President’s Day. However, if you believe that this day is in honor of multiple presidents, then the plural genitive (Presidents’) is the proper way to write it.

Our definition for Presidents’ Day has the following note: “The federal name for this holiday according to the United States Code is Washington's Birthday, but many states and municipalities refer to it as Presidents' Day, honoring both George Washington and Abraham Lincoln. It is also sometimes considered to be in honor of all U.S. presidents.”

Xenophobe (and xenophobia) received significant attention this week, likely as a result of the word making an appearance in a tweet by newly-declared presidential candidate Bernie Sanders.

What’s crazy is that we have a president who is a racist, a sexist, a xenophobe and a fraud. We are going to bring people together and not only defeat Trump but transform the economic and political life of this country. Say you're in: https://t.co/rxqbjJJKv3 https://t.co/HoJG0Rlwq1

Although we have had xenophobes among us for many centuries, the word itself is fairly recent, dating only as far back as the late 19th century. If you would like to learn more about xenophobes, xenophobia, and other words beginning with xen- you may do so here.

The legal issues of Roger Stone, former advisor to Donald Trump, continued to spark linguistic interest this week. Stone’s appearance on Thursday in the court of Judge Amy Berman Jackson caused spikes in the lookups of words and idioms such as gag order, in the crosshairs, and ambiguous, as the judge imposed a gag order on Stone over his use of provocative imagery in an Instagram post.

“The post had a more sinister message,” she said. "Roger Stone fully understands the power of words and the power of symbols, and there's nothing ambiguous about crosshairs.”
— Lucien Bruggeman, Allison Pecorin, and Ali Dukakis, ABC News (abcnews.go.com), 21 Feb. 2019

One of the definitions of ambiguous is “capable of being understood in two or more possible senses or ways,” a sense that some people apply to ambiguous itself, as the word is often confused with ambivalent. We define ambivalent as “having or showing simultaneous and contradictory attitudes or feelings toward something or someone.”

Defrock was searched considerably more last week than usual, as the word appeared in numerous articles on the ongoing sexual abuse scandal in the Catholic church.

The Vatican on Saturday said it had defrocked ex-cardinal Theodore McCarrick, leveling a historic penalty against a onetime church power broker and former archbishop of Washington after the church found him guilty of sexual abuse.
— Chico Harlan, The Washington Post_, 16 Feb. 2019

Defrock has been in use since the 16th century, with the meanings of “ to deprive of the right to exercise the functions of office” and “to remove from a position of honor or privilege.” The word was formed by adding the prefix de- to the existing noun frock. A frock may refer to a number of types of garments, including “a women’s dress,” “a woolen jersey worn especially by sailors,” or “an outer garment worn by monks and friars.” And for those of you who tend to wonder about such things, yes, frock does function as a verb, and you can frock someone. The verb sense of frock is much more recent than that of unfrock, and the word has been used with the meaning “to make a cleric of” only since the 19th century.

Extinct was much in the news last week, after a brace of stories used the word repeatedly. One story reported on an Australian rat that is believed to have gone extinct from climate change, and the other reported on a tortoise thought to be extinct, and found to not be.

The adjective has been in use in English since the 15th century; its earliest use was with the meaning “no longer burning” (the word comes from the Latin exstinguere, meaning “to extinguish”).

Our Antedating of the Week: bunco steerer

For our antedating of the week we are looking at the word bunco steerer, because who doesn’t love a bunco steerer? Pretty much everyone, as it turns out, since this word is defined as “a person who takes money or property from other people by using lies or tricks; a swindler.” People may not love bunco steerers, but it is a fun word to say, and that is justification enough for drawing your attention to it. The earliest evidence for bunco steerer had previously come in 1875; recent findings have shown the word in use slightly earlier in the 1870s, appearing in an article The Chicago Daily Tribune, used by an unnamed writer who appears to have been paid by the comma.

Harry Lawrence, the bunko steerer, who, upon being brought before Justice Banyon a few days ago, pleaded that he was a citizen of New York, and not, therefore, amenable to the laws of the State of Illinois, and who was discharged, has remained long enough in Chicago to play a sharp trick, and got arrested for it.
— Chicago Daily Tribune, 20 Jun. 1873