Some of the words that defined the week of February 21, 2020 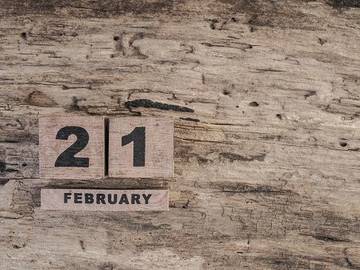 This was your week in words.

President Trump sent a number of words rising in lookups last week, after he employed the power of the presidency to grant clemency to a number of people who had been convicted of federal crimes. Commute, clemency, and -ocrat all saw greatly increased attention.

President Donald Trump’s decision to commute Rod Blagojevich’s prison sentence Tuesday had nothing to with right or wrong, said the Naperville woman whose role as a whistleblower led to the former governor’s conviction on federal corruption charges.
— Erin Hagerty, Chicago Tribune, 18 Feb. 2020

A 40-year-old Texas woman was among nearly a dozen people granted clemency Tuesday by President Donald Trump after her case was championed by a woman who herself received clemency at the urging of reality TV star Kim Kardashian West.
— Jake Bleiberg, ABC News, 18 Feb. 2020

Former Illinois Governor Rod Blagojevich, a Democrat, addressed supporters and journalists outside his Chicago home Wednesday morning, declaring himself a "Trump-ocrat" and expressing his and his family's "profoundest" and "deepest" gratitude to the president for commuting his sentence.
—Jason Lemon, Newsweek (newsweek.com), 19 Feb. 2020

Commute, when used in the manner found above, may be defined as “to change (a penalty) to another less severe.” In legal use it differs from a pardon, which has meanings such as “a release from the legal penalties of an offense,” “an official warrant of remission of penalty as an act of clemency,” or “excuse or forgiveness for a fault or offense.” Commutation (the act of commuting) does not change the individual’s legal status, although it may end their incarceration.

Both pardon and commutation are acts of clemency, which may be defined as either “willingness or ability to moderate the severity of a punishment (as a sentence)” or “an act or instance of mercy, compassion, or forgiveness.” Clemency is etymologically related to inclement, a word often associated with bad weather; both words come from the Latin clemens (“mild" or “calm”). Inclement is defined as “physically severe, stormy” (the sense usually applied to the weather), although the word also has the archaic meaning of “severe in temper or action.”

The noun combining form claimed by Blagojevich, -ocrat, is, along with -crat, defined as “an advocate or partisan of a (specified) theory of government” or “a member of a (specified) dominant class.” -Crat is found appended to the end of numerous political words, ranging from (democrat) to the fairly recent (Dixiecrat).

Democratic candidates seeking the presidential nomination held another debate last Wednesday, and the resulting disputatiousness brought about considerable interest in fracking and NDAs.

Sens. Bernie Sanders (I-Vt.) and Elizabeth Warren (D-Mass.), the two most left-leaning candidates still in the race, want to ban fracking altogether as part of a rapid transition completely away from all fossil fuels.
—Dino Grandoni, The Washington Post, 20 Feb. 2020

Although it has the appearance of a somewhat unimaginative euphemism, fracking is a mining term, a shortened and altered form of hydraulic fracturing (“the injection of fluid into shale beds at high pressure in order to free up petroleum resources”). NDA is a shortening as well; the word is an abbreviation of nondisclosure agreement (“an agreement in which a person (such as an employee) agrees to keep information (such as a trade secret) confidential”).

Reports that the Boy Scouts were filing for Chapter 11 protection sent many people to the dictionary to look up the word bankruptcy.

Did the Boy Scouts violate their own honor code by filing for Chapter 11 bankruptcy?
— (headline) USA Today, 20 Feb. 2020

Bankruptcy may be defined as either “the quality or state of being bankrupt (reduced to a state of financial ruin)” or “utter failure or impoverishment.” Bankrupt, in English use as an adjective since the 16th century, may be traced back to the Old Italian words banca (“bank”) and rotta (“broken”).

Our Antedating of the Week: 'nondisclosure agreement'

For our antedating of the week we turn back to nondisclosure agreement. Our previous earliest record of use had come in 1959; recent findings show that we have been asking people to not tell anyone what they know since at least the year prior to that.

Vitro asserts that the non-disclosure agreement relates only to the digestion process of dissolving the “massive scrap” and not to the recovery of the metals in the alloy.
— The Federal Reporter, Volume 254 F.2d, 1958