The words that defined the week of February 15th, 2019 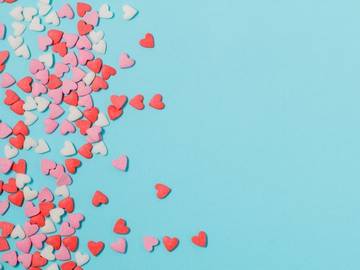 PAC, an abbreviation for “political action committee,” sprang from the pen of many a journalist last week, particularly in stories about the increasing tendency of Democratic candidates to eschew accepting funding from such entities.

When former NASA astronaut Mark Kelly announced his bid for the US Senate on Tuesday, he did what an increasing number of Democratic candidates have done recently: He swore off donations from corporate PACs.
— Fredreka Schouten, CNN (cnn.com), 12 Feb. 2019

All of the Democrats who have launched a 2020 campaign or are formally considering a run have sworn off accepting corporate PAC money, campaign contributions that are pooled by corporate fundraising committees.
— Amanda Becker, Reuters (reuters.com), 14 Feb. 2019

The question that is doubtless gnawing at the minds of readers is ‘should I call PAC an initialism or an acronym when I am engaging in witty banter by the water fountain at work?’ Most of the people who care about the distinction between these two types of abbreviation would consider PAC to be an acronym, rather than an initialism. The main difference between these two words is that, although both are formed by using the initial letters (or occasionally the initial portions) of a series of words, only acronyms are pronounced as words; initialisms are pronounced as letters. Thus, POTUS is an acronym, while OMG is an initialism. Please note that acronym has a secondary meaning, which is “an abbreviation (such as FBI) formed from initial letters, an initialism.” But while an acronym may describe either type of construction (abbreviations-pronounced-as-words or series-of-letters-pronounced-distinctly) an initialism only refers to series-of-letters-pronounced-distinctly. Now that tidbit will make for some truly sparkling workplace banter.

Trope was among our top lookups this week. While many readers doubtless use this word with the definition we give as “a phrase or verse added as an embellishment or interpolation to the sung parts of the Mass in the Middle Ages,” this was not the sense in which it was employed recently. The word, which may be traced to the Greek trepein (“to turn”), also means “a word or expression used in a figurative sense” or “a common or overused theme or device.” It was last sense that was in the news, largely in response to a tweet by Minnesota Representative Ilhan Omar that many found anti-Semitic.

The Minnesota congresswoman’s Sunday evening tweet — “It’s all about the Benjamins baby,” a reference to $100 bills — drew immediate denunciations from Republicans and fellow Democrats, especially Jewish members of Congress. Within hours, Pelosi (D-Calif.) and the leadership issued a joint statement calling Omar’s “use of anti-Semitic tropes and prejudicial accusations about Israel’s supporters” deeply offensive and insisted on an apology.
— Mike DeBonis and Rachael Bade, The Washington Post, 11 Feb. 2019

Whistle-blower was much in the news, after an NBC report on Tricia Newbold, who was recently suspended without pay from her position as a security specialist in the White House.

We define whistle-blower as “one who reveals something covert or who informs against another,” a sense the word has occupied since the mid-1960s. There are some occasional earlier uses of whistle-blower, although they are in a category that we would consider self-explanatory (“one who blows a whistle, as a referee”), and thus not meriting inclusion in the dictionary.

Until now Mr. Patman has been far more successful as a whistle blower than legislator. None of his labors has resulted in legislation on foundations. However, his persistence has focused attention on what increasingly is regarded as an area of serious abuses, if not a major danger to the economy.
— Stanley Levey, The Pittsburgh Press, 1 Feb. 1967

In this section if an official who takes the game seriously calls every infraction of the rules he is charged with being a pestiferous whistle blower.
— The Jersey Journal (Jersey City, NJ), 3 Feb. 1928

Valentine’s Day (also occasionally referred to as Valentine Day) was this week, sending hordes of hopeless romantics to the dictionary to look up the meaning of the holiday’s ostensible subject (love and its namesake (thought to be a Roman Christian priest from the 3rd century, who died during the persecution of Christians by the emperor Claudius II Gothicus). We’ve been using the name valentine to mean “a sweetheart chosen or complimented on St. Valentine's Day” since the 15th century.

Our Antedating of the Week: disappointment

For this week’s antedating we’re keeping the focus on Valentine’s Day, as we have a new earliest use of the word disappointment (look, we’re a descriptivist dictionary, and sometimes that means bringing the hard truths about life and language). Our previous earliest use of this word came in 1577; recent findings show that the word was in use at least 55 years prior, appearing in a letter written by Cardinal Thomas Wolsey.

For if the same shulde be apointed to be sent oute of Spayne, as was this yere passed, where bothe whete and al other vitailes (wynes excepted) be of higher price then here, it shulde be a clere disapointment and frustracion of al their purpose, aswel for the incerteynte of wynde, as for the tracte of tyme, and other manyfolde losses and chaunces whiche myght therof ensue.
— Thomas Wolsey, letter, 1522