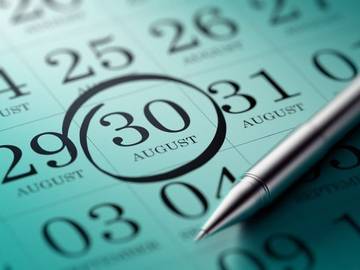 Both polemic and polemicist had sustained interest this week after the words were found in an essay written by James Mattis, former Defense Secretary in President Trump’s cabinet.

Mattis’s unambiguous warning on Trump: 'A polemicist’s role is not sufficient for a leader’
— (headline) The Washington Post, 28 Aug. 2019

Polemic may mean several different things: “an aggressive attack on or refutation of the opinions or principles of another,” “the art or practice of disputation or controversy —usually used in plural but singular or plural in construction,” or “an aggressive controversialist.” A polemicist (also known as a polemist) is defined as “one skilled in or given to polemics especially as the advocate of a partisan cause.” The words may be traced back to the Greek polemikos, which means "warlike" or “hostile."

Bedbug had a long-waited-for moment in the sun recently, after New York Times columnist Bret Stephens complained about being referred to as such by one David Karpf, a professor. The denizens of the Internet had been waiting a long time for this kind of feel-good story, and for a heady 24 hours bedbugs were seemingly all anyone talked about.

We define bedbug as “a wingless bloodsucking hemipterous bug (Cimex lectularius) sometimes infesting houses and especially beds and feeding on human blood.” It turns out that some people are not partial to being referred to as bedbugs, of either the metaphorical or the nonsymbolic variety. Nevertheless, should one like to use the descriptor on one's friends and frenemies, but without the risk of Internet notoriety, one might look to employ an obscure synonym for bedbug, such as cimex or cimicid, AKA “a bug of the family Cimicidae” (which includes bedbugs). If you would prefer an adjective (and, sadly, no one seems to be using bedbuggish enough to warrant an entry in our dictionary) there is cimicoid (“of or resembling the Cimicidae”).

Prorogue topped the charts this week as the world took a look at the goings-on of British government and, not for the first time, uttered a collective "Huh?" We define prorogue as "to terminate a session of (something, such as a British parliament) by royal prerogative." For more information on this specific royal prerogative, we have the subject slightly more parsed here.

Infructuous (“unfruitful” or “unprofitable”) was among our top lookups earlier in the week, after Palaniappan Chidambaram, a member of Parliament in India currently experiencing legal difficulties, was informed by the Supreme Court in India that his request in an ongoing court case was denied.

Earlier in the day, Chidambaram suffered disappointment in the SC which dismissed his anticipatory bail plea in the CBI case in the INX Media matter, saying the issue had become infructuous after his arrest.
— Amit Anand Choudhary and Aamir Khan, The Times of India (New Delhi, Ind.), 27 Aug. 2019

Infructuous may be traced to the Latin word fructus, meaning “fruit.” It shares this root with a number of other words in English, including fructose (“a ketose sugar”), fruition (“the pleasurable use or possession of something”), and fructed (“bearing fruit”).

Our Antedating of the Week: 'polemic'

For our antedating of the week we’re turning back to polemic, because who doesn’t love a good polemic? Our earliest record of this word (as a noun) had previously come in 1626; recent findings show the noun in use as far back as 1622.

Ye haue driven me further already then I intended at the first. Particular polemicks are to be referred to their own lists, yet I could shew you by a claw or two that ye need not fear the Lyon.
— William Scott, The course of conformitie as it hath proceeded, is concluded, should be refused, 1622