Some of the words that defined the week ending August 21, 2020 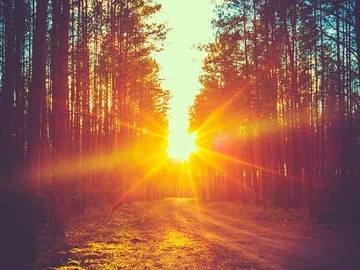 It's almost the weekend.

Empathy saw a surge in lookups last week, after the word was prominently featured in a speech by Michelle Obama.

Empathy is a fairly complex notion, and the length of its definition reflects this complexity: “the action of understanding, being aware of, being sensitive to, and vicariously experiencing the feelings, thoughts, and experience of another of either the past or present without having the feelings, thoughts, and experience fully communicated in an objectively explicit manner.” One of the reasons people most often look for this word in a dictionary is to find how it differs from sympathy and compassion.

Sympathy may refer to "feelings of loyalty" or "unity or harmony in action or effect," meanings not shared by empathy. In the contexts where the two words do overlap, sympathy implies sharing (or having the capacity to share) the feelings of another, while empathy tends to be used to mean imagining, or having the capacity to imagine, feelings that one does not actually have. Compassion is a broader word than empathy: it refers to both an understanding of another’s pain and the desire to somehow mitigate that pain.

Snake oil had a moment in the sun last week, after television host Anderson Cooper averred that the founder of a pillow company was a salesman of this variety.

We define snake oil as “any of various substances or mixtures sold (as by a traveling medicine show) as medicine usually without regard to their medical worth or properties,” and also as “poppycock.” Snake oil has been used in literal fashion as a substance said to cure various ailments since the early 17th century; the word has been used in a figurative manner since the late 19th.

The snake-oil venders paid our town a visit on Thursday and by their oily ways snaked a good many 50 cent pieces away with them.
— Santa Maria Times (Santa Maria, CA), 1 Nov. 1884

In sporting news unwritten spiked in lookups, after a baseball player hit a home run on a 3-0 count, and in doing so apparently broke one of the unwritten rules of baseball.

Earlier this week, Fernando Tatis Jr. of the San Diego Padres hit a grand slam, a seemingly exciting moment for player, fans and teammates. But because he had done it when his team was leading by seven runs, the blast earned him a postgame rebuke from his manager. Tatis, you see, had broken one of baseball’s unwritten rules.
—Victor Mather, The New York Times, 20 Aug. 2020

Unwritten has a few meanings, most of which are, unsurprisingly, concerned with writing, or the lack of such. However, the word also carries the meaning of “traditional.” An unwritten law, for instance, is defined as “law based chiefly on custom rather than legislative enactments.”

This past week also saw the centennial of the 19th Amendment (the one letting women vote), an event that focused attention on words such as suffrage. The relevant sense of this word is defined as “the right of voting; also, the exercise of such right” (although suffrage has additional, earlier meanings, including “a short intercessory prayer usually in a series”).

There are a number of words concerned with people who advocate, or support, the cause of suffrage. The word for a woman who advocates suffrage for women is suffragette, which appears to have originated in Britain in 1906.

The error, as well as that in Eccles, where 1,500 women were classed in the division as Parliamentary voters, instead of that permitting them the exercise of the franchise for local purposes, was appropriate in a region marked by the activity of the “Suffragettes.”
— The Observer (London, Eng.), 14 Jan. 1906

They have nicknamed woman suffragists, of the female class, suffragettes in England. It isn’t a bad distinction. It distinguishes between the men and women who favor the cause.
— The Boston Herald, 16 Jan. 1906

Prior to this the words suffragist and suffragite were in use, although they did not always refer to supporters of women’s right to vote. Universal suffrage is now defined as “the right of all adult citizens to vote in an election,” but when the term came into use, in the late 16th century, it typically referred to the voting rights of all men of a nation.

But what errour were it for me (saith he) to omit thee M. Tullie, or what excellent praise shall I giue thee? but euen that which hath bin bestowed on thee, by the common voice, and vniuersall suffrage of all the people of this nation: in taking out of all thy life the works onely of thy Consulship?
— Louis Leroy, Of the interchangeable course, or variety of things,1594

Our Antedating of the Week: 'conspicuous consumption'

Our antedating of the week is conspicuous consumption, defined as “lavish or wasteful spending thought to enhance social prestige.” The word has long been associated with economist Thorstein Veblen’s 1899 work The Theory of the Leisure Class, and thought to have first appeared in this book. However, Veblen used conspicuous consumption five years earlier, in an article titled The Economic Theory of Woman’s Dress.