Some of the words that defined the week of August 2, 2019 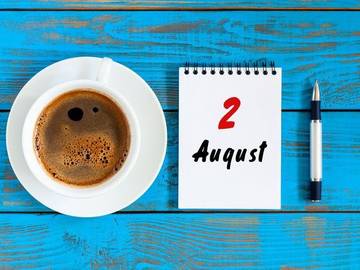 Featuring words from the debates, album announcements, and more.

A number of candidates for the Democratic candidate for the presidency took part in debates broadcast on CNN last week, and, as is common with such events, a number of words aroused considerable interest in viewers. Joe Biden once again turned to the word malarkey in order to express his displeasure with a point he disagreed with.

Biden, though, tore into the argument by supporters of Medicare for All that the program would come without a deductible that Americans would have to pay. "This idea is a bunch of malarkey that we're talking about here.”
— Eric Bradner, CNN (cnn.com), 1 Aug. 2019

Malarkey is defined as “insincere or foolish talk.” The word came into use in the early 20th century, and is of obscure origin. Should you, or someone you know, use this word often enough as to appear unimaginative there are many fine synonyms, including bunkum, flapdoodle, poppycock, piffle, and twaddle.

Another word of note from the debates was antediluvian, spoken by Jay Inslee, the governor of Washington.

And I hope we're going to succeed. But if we get a majority in the U.S. Senate, because of the position of these senators, not a damn thing is going to get done. And I'll tell you why. With all their good intentions -- and I know they're very sincere and passionate and I respect them enormously -- but because they embraced this antediluvinal (sic) super-majority thing called the filibuster, Mitch McConnell is going to run the U.S. Senate even if we take a majority.
— NBC News transcipt (nbcnews.com), 31 Jul. 2019

The earliest meaning of antediluvian is “of or relating to the period before the flood described in the Bible” (it comes from the Latin words ante, meaning “before," and diluvium, meaning “flood”). The sense intended by Inslee likely was “extremely primitive or outmoded.”

The news that rock band Tool would be releasing a long-awaited new album this month drove a surge of searches for the word inoculum, as fans began parsing what the title could mean.

We haven't had occasion to ask the band their intended meaning, but we have analyzed the word's meaning here.

Quantum leap spiked in lookups last week, after K-pop group X1 announced this as the name of their forthcoming debut album.

The word is synonymous with quantum jump, and both words have scientific and general meanings. The scientific sense of quantum leap came into English in the early 20th century, meaning “an abrupt transition (as of an electron, an atom, or a molecule) from one discrete energy state to another.” The broadened meaning (“an abrupt change, sudden increase, or dramatic advance”) appears to date from the 1950s.

The coincidence of the vibration numbers calculated on the quantum and on the classical theory, respectively, for high quantum numbers and relatively small quantum leaps is perfect from the formal aspect.
— Arnold Sommerfeld (trans. by Henry L. Brose), Atomic structure and spectral lines, 1923

The past forty years have witnessed what has been described as a “quantum leap” in the development of the means of mass communication.
— Robert Strunsky, The American Scholar, Summer 1956

A claim by Fox News personality Tucker Carlson that diversity is “a concept that nobody is willing to explain” sent many people to the dictionary, perhaps in the hope of finding an explanation.

Our Antedating of the Week: 'excrementous'

For our antedating of the week we are looking at excrementous, which is a useful word for such occasions when you want to refer to something that something may be defined as “like or constituting excrement,” but would prefer to avoid using vocabulary of Old English origins, based on the possibility that your audience might find such indelicate. We were until recently unaware of the use of this word prior to the early 17th century, but it turns out that things have been excrementous since at least the middle of the 16th century.

It is whotte and drie in the begynninge of the seconde degree, whose moisture is excrementous, fatulente, abhorfull, and hurteth the stomache: chiefly when the excrementes of other partes flowe into the same.
— Lanfranco of Milan (trans.), A most excellent and learned woorke of chirurgerie, 1565