Some of the words that defined the week ending April 16, 2021 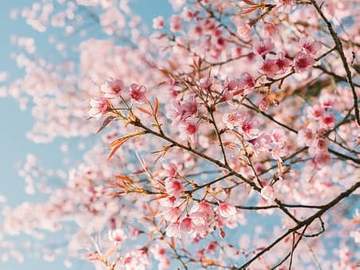 The weekend is nigh.

Pause was high in lookups this past week, after federal health officials instituted one for the administration of the Johnson and Johnson Covid-19 vaccine.

The pause in the use of Johnson & Johnson’s Covid-19 vaccine may continue for a week to 10 days, after expert advisers to the Centers for Disease Control and Prevention determined on Wednesday that they needed more time to assess a possible link to a rare but serious blood-clotting disorder.
— Denise Grady & Carl Zimmer, The New York Times, 14 Apr. 2021

The word, which comes from the Greek pauein (meaning “to stop”), may be defined in a number of ways (most of which are temporal), including “a temporary stop,” “a reason or cause for pausing (as to reconsider),” or “temporary inaction especially as caused by uncertainty.”

The announcement that President Biden would enact a withdrawal of troops from Afghanistan sent a large number of people to their dictionary to look at the precise meaning of that word.

Shortly after 2 p.m. on Wednesday, President Biden will go further than any recent American president in announcing a full withdrawal from Afghanistan.
— Aaron Blake, The Washington Post, 14 Apr. 2021

In military use, withdrawal may be defined as “retreat or retirement especially into a more secluded or less exposed place or position” or “an operation by which a military force disengages from the enemy.” The last time the word spiked in lookups was in 2018, after President Trump announced his intent to remove U.S. troops from Syria.

Mistress and epistemology both received considerable attention last week as a result of tweets, although the words were not, we are sad to report, connected in any other way. Mistress spiked in lookups after the Associated Press recommended against using the word in a certain way, and the increase in epistemology searches came about as a result of a prepared-foods social media account chastising a well-known astrophysicist.

Don't use the term mistress for a woman who is in a long-term sexual relationship with, and is financially supported by, a man who is married to someone else. Instead, use an alternative like companion, friend or lover on first reference and provide additional details later.

nope. science itself isn't "true" it's a constantly refining process used to uncover truths based in material reality and that process is still full of misteaks. neil just posts ridiculous sound bites like this for clout and he has no respect for epistemology

Mistress comes from the Anglo-French mestresse, the feminine of mestre (“master”). The definitions of this word apply to an extremely broad range of women, including “a woman who has power, authority, or ownership,” “a woman who has achieved mastery in some field,” and “a woman other than his wife with whom a married man has a continuing sexual relationship.” Epistemology has a far narrower semantic field, being defined as “the study or a theory of the nature and grounds of knowledge especially with reference to its limits and validity.”

Chimera spiked in lookups as well, following reports that a terrifying monster (one with a lion's head, a goat's body, and a dragon's tail), was ravaging the countryside. It was either from that or from an announcement by some scientists.

The relevant sense of chimera is “an individual, organ, or part consisting of tissues of diverse genetic constitution.” The word comes from Greek mythology, in which the Chimera was a monster formed of several different species, who ended up slain by Bellerophon. In the early 20th century, botanists borrowed the word to refer to any plant that was made of two (or more) organisms from genetically distinct species, like grafted plants. Today’s scientific chimera refers to combining distinct genetic material in one organism, and is often used to refer to the insertion of human DNA into non-human cells or organisms (such as viruses). The last time chimera spiked in lookups was a little over four years ago, when scientists combined the DNA of a human and a pig.

An impassioned exhortation to be quiet was in the news last week, after Representative Maxine Waters directed a fellow member of congress to zip it.

We enter this idiom as shut one’s mouth, note that it is informal, and state that it is “used to tell someone in a rude way to stop talking.” As it is often taken as rude, if you wish to explore other, more polite ways of telling someone to ‘shut your pie hole,’ we have a list here for your edification.

Our Antedating of the Week: ’funny money’

Our antedating of the week is funny money. This word is often encountered today in the sense of “artificially inflated currency,” but the initial meaning was “counterfeit money.” Our earliest known use had previously been from 1901; recent findings show that we’ve had funny money since the early 1890s.