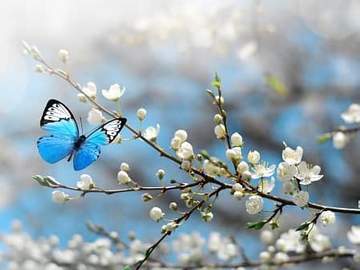 If you like collecting words for obscure phobias, read on.

Hijack pushed its way into the news last week, followed news reports about a bus being subjected to this action in Belfast.

Hundreds of youths in the United Kingdom province’s capital Belfast set a hijacked bus on fire and attacked police with stones on Wednesday in scenes reviving memories of decades of sectarian strife that killed some 3,600 prior to a 1998 peace deal.
— Al Jazeera (aljazeera.com), 8 Apr. 2021

Hijack came into English in the early 20th century, initially with the meaning of “to steal by stopping a vehicle on the highway.” The word has subsequently added a number of additional meanings, including “ to commandeer (a flying airplane) especially by coercing the pilot at gunpoint,” “to stop and steal from (a vehicle in transit),” and “ to subject to extortion or swindling.” The origin of the word is uncertain.

Absolute spike in lookups last week, largely in response to a tweet by Representative Lauren Boebert.

The Second Amendment is absolute. Anyone who says otherwise is a tyrant.

Absolute has, as do many words, a range of possible meanings. Many of these, such as “being the true distance from an aircraft to the earth's surface,” or “standing apart from a normal or usual syntactical relation with other words or sentence elements,” have little obvious relevance to Boebert’s statement. It is more likely that the intended sense was one such as “free from imperfection,” “ultimate,” or “having no restriction, exception, or qualification.” Absolute comes from the past participle of the Latin absolvere, meaning "to set free, acquit, finish, complete”

Defector had a busy week, after the word was found on a web page devoted to fundraising for the National Republican Congressional Committee.

The political arm of House Republicans is deploying a prechecked box to enroll donors into repeating monthly donations — and using ominous language to warn them of the consequences if they opt out: “If you UNCHECK this box, we will have to tell Trump you’re a DEFECTOR.”
— Shane Goldmacher, The New York Times, 7 Apr. 2021

We define defector as “one that defects (as from a party or a doctrine).” This verb comes from the Latin dēficere, meaning "to be lacking, fail, become disaffected, go over (to the side of an opponent).”

Many people turned to their dictionaries after President Biden described gun violence in the United States as an epidemic.

US President Joe Biden has issued an order targeting homemade guns one day after a mass shooting in South Carolina left a doctor and his family dead. "Gun violence in this country is an epidemic, and it's an international embarrassment," he said on Thursday.
— BBC News, 8 Apr. 2021

Epidemic functions as an adjective and as a noun. As a noun (which is how Biden was using it) the word has a sense that is literal (“an outbreak of disease that spreads quickly and affects many individuals at the same time”) and a sense that is somewhat figurative (“an outbreak or product of sudden rapid spread, growth, or development”). While Biden’s use of epidemic might seem to be best described as a figurative one, it is worth noting that in recent years members of the medical establishment have taken to describing gun violence in more clinical and literal terms as an epidemic.

Solutions to the epidemic of gun violence in particular are a source of intense debate.
— Alison A. Galbraith & Aaron E. Carroll, JAMA Pediatrics, 1 Nov. 2020

Georgia Democrat Stacey Abrams tore into the “mealy-mouthed responses” from companies based in the state over a controversial election law that was passed last month that critics say amounts to voter suppression.
— Tal Axelrod, The Hill (thehill.com), 1 Apr. 2021

We enter mealymouthed as a closed compound, and define the word as “not plain and straightforward; devious.” A person who is mealymouthed is a mealymouth. It is not entirely certain why the word mealy (which typically carries such meanings as “ containing meal,” “soft, dry, and friable,” or “pallid, blanched”) should be paired with mouth_ in this manner, but it’s something we’ve been doing in English since the 1570s.

Needles are very much in the news of late, as millions of adults are vaccinated each day in the U.S. Some people are coming to terms with having a fear of needles, although for many this fear is eclipsed by the greater fear of getting Covid. For those who have need of describing such fear we enter the word aichmophobia: “a morbid fear of sharp or pointed objects (such as scissors, knives, or hypodermic needles).”

Our Antedating of the Week: ’hijack’

Our antedating of the week is the aforementioned hijack. Our earliest known use had previously come in 1923; recent findings show that we’ve been hijacking things since at least 1916.

They explained their failure to stop when so ordered by those of the posse to their opinion that they were being “hi-jacked.”
— Tulsa World (Tulsa, OK), 26 Jan. 1916