Some of the words that defined the week ending June 4th, 2021 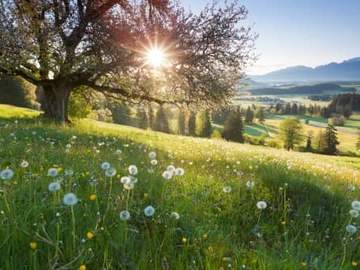 Reinstate had a busy week in the news, following claims by Sidney Powell that Donald Trump would have this verb applied to him and the office of the presidency, come summer.

We define reinstate in two ways: “to place again (as in possession or in a former position),” and “to restore to a previous effective state.” The verb came into use in the early 17th century, with our earliest written evidence occurring just a few years after the initial use of instate. The noun form of the word is reinstatement.

Ransomware had a very successful week as well, after a number of government entities were found to have been subjected to this kind of cyber attack.

Ransomware is “malware that requires the victim to pay a ransom to access encrypted files,” and malware, for those of you who have never had your grandchildren come over to fix the computer and explain such matters, is “software designed to interfere with a computer's normal functioning.” Both ransomware and malware take their latter portion in imitation of software, which was formed itself in similar fashion to hardware (wares are “manufactured articles, products of art or craft, or farm produce”).

This week also saw the hundredth anniversary of the Tulsa massacre, in which a mob of white Oklahomans destroyed Greenwood, the portion of Tulsa known as the “Black Wall Street,” and murdered as many as 300 African Americans.

The Tulsa massacre has not, for most of the past 100 years, experienced significant placement in most histories taught about this country. It has also been referred to, on occasion, as a race riot, a designation many have found inapt, as it can give the appearance of assigning shared culpability. (We define race riot as “a riot caused by racial dissensions or hatreds.”) Massacre may be defined in a number of ways; the one most apt for the events of Tulsa a century ago is “the act or an instance of killing a number of usually helpless or unresisting human beings under circumstances of atrocity or cruelty.”

Supersonic buzzed back into the news this week, following reports that an airline was buying a number of planes that would go very fast.

United Airlines has bought 15 planes capable of travelling at twice the speed of modern airliners as it aims to bring back supersonic travel 18 years after Concorde’s final flight.
— The Guardian, 3 Jun. 2021

When supersonic first came into use, slightly over 100 years ago, the word had nothing to do with aviation; it meant “ultrasonic” (“having a frequency above the human ear's audibility limit of about 20,000 hertz”). The word did not take on its sense that bears on ‘get me to London in three hours, no matter the cost’ until the 1930s, when it began to be used to mean “of, being, or relating to speeds from one to five times the speed of sound in air.”

Valedictorian spiked in lookups, as is generally the case when a speaker of this type does something notable at a graduation ceremony.

Paxton Smith, the valedictorian at her Dallas high school, had planned to deliver a speech about the news media at her graduation. But when she got onstage at Lake Highlands High School on Sunday, she instead used her three minutes at the podium to address what she saw as a greater issue: the new abortion law in Texas.
— Christine Hauser, The New York Times, 3 Jun. 2021

A valedictorian is “the student usually having the highest rank in a graduating class who delivers the valedictory address at the commencement exercises.” Valedictory may be defined as  “an address or statement of farewell or leave-taking” or “of or relating to a valediction : expressing or containing a farewell.” A valediction is “an act of bidding farewell.” All of these words may be traced to the Latin valedīcere, meaning "to say goodbye.”

Our Antedating of the Week: ’belly flop’

Our antedating of the week is belly flop, occasionally used today in the sense of “a complete and often painful or embarrassing failure.” The literal meaning, “a dive (as into water or in coasting prone on a sled) in which the front of the body strikes flat against another surface,” preceded the “failure” sense; our earliest known use had come in 1890, but we have apparently been belly flopping since at least the 1880s.

It is interesting to study types in the water … the daring female who jumps off the spring board with a little scream; the man with his family who is learning them all to swim; the ambitious young fellow, new at diving, who makes a belly-flop when he tries to show off….
— Alameda Daily Argus (Alameda, CA), 18 Jul. 1888