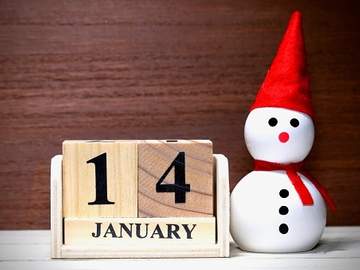 Seditious (and sedition) trended in lookups at the end of the week, after the Justice Department announced that it was charging a number of those who stormed the Capitol last year with seditious conspiracy.

U.S. prosecutors on Thursday charged the founder of the far-right Oath Keepers militia, Stewart Rhodes, and 10 alleged members of the group with seditious conspiracy for their role in the deadly Jan. 6, 2021, attack on the Capitol.
— Sarah N. Lynch and Jan Wolfe, Reuters, 13 Jan. 2022

We define sedition as “the crime of creating a revolt, disturbance, or violence against lawful civil authority with the intent to cause its overthrow or destruction”; a person who incites or promotes sedition is a seditionist or a seditionary. We define treason, for those who like to distinguish between these two things, as “the act of levying war against the United States or adhering to or giving aid and comfort to its enemies by one who owes it allegiance.”

The death of a convicted murderer, who had wealthy forebears, caused many newspaper writers to dust off the word scion.

Scion may be traced to the Old French cion, meaning "offspring, new growth of a plant.” When the word first came into English use, in the 14th century, it was with a horticultural meaning, referring to a piece of a plant that is attached to part of another plant. While the word has retained this sense, scion has taken on broadened meanings as well, such as “a descendant of a wealthy, aristocratic, or influential family.”

A bill which would ban members of Congress from trading stocks caused renewed interest in the word blind trust.

The bill, dubbed the Ban Congressional Stock Trading Act, would require that all sitting members of Congress, their spouses and dependent children divest from certain investments or transfer them into a qualified blind trust within 120 days of the legislation being enacted.
— Mychael Schnell, The Hill, 12 Jan. 2022

We define blind trust as “an arrangement in which the financial holdings of a person in an influential position are placed in the control of a fiduciary in order to avoid a possible conflict of interest.” The practice appears to be a relatively recent one; our earliest citation of the word is just over 50 years old.

A muttered imprecation by Anthony Fauci, chief medical advisor to the President, referring to a senator with whom he’d just had a contentious exchange, focused attention on the word moron.

Moron is widely used today in the sense “a foolish or stupid person.” The word came into use in the beginning of the 20th century, and initially was employed as a technical designation meaning “a person affected with mild intellectual disability” (as were words such as idiot and imbecile). This sense (and for some people all senses) of moron is now considered offensive. The word comes from the Greek mōros, “foolish, stupid,” a root shared by words such as sophomore and morosoph.

Impartial spiked in lookups last week, the first time this word has done so in two weeks.

An Indiana lawmaker is apologizing for saying teachers should exercise impartiality when teaching about Nazism or fascism.
— Claudia Dominguez and Joe Sutton, CNN, 11 Jan. 2022

If you need information on impartial here are some things we can tell you: It means “not partial or biased : treating or affecting all equally.” Impartial can be used in a variety of settings, such as how one goes about judging a boxing match, or who should win a pie-eating contest. You do not have to be impartial about Nazis.

Our antedating of the week is rap sheet, defined as “a police arrest record especially for an individual.” Our earliest known use had previously come in 1960, but recent findings show that people have had rap sheets as far back as the early 1930s.

When printed and mugged Saturday by Emil Steffen, Cobb confided in the officers that he had done nothing and had never been in trouble before. His mention of “rap sheet” and similar items, however, showed familiarity with the argot of crime.
— Waterloo Sunday Courier (Waterloo, IA), 26 Feb. 1933