The stories behind things you see every day
Last Updated: 13 Apr 2022 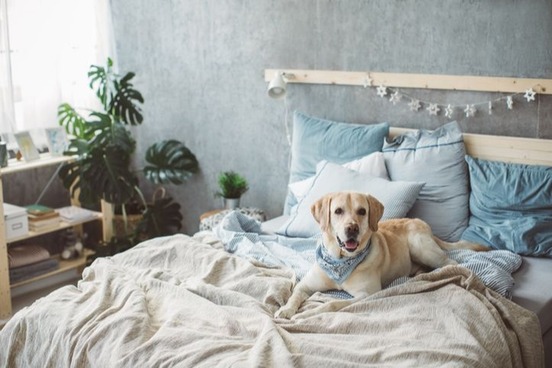 : a piece of furniture on or in which to lie and sleep

Like so many of the small and tidy members of the English language, bed has developed numerous meanings over its more than eight centuries of use. The meaning that likely springs to mind for most of us when confronted by the word without context is its oldest: that blessed piece of furniture where we get to rest our weary selves.

Bed has its origins in the Old English word bedd, which means "sleeping place" or "plot of ground prepared for plants." The likely Germanic origin of bedd is badja, which has traditionally been taken to be a derivative of an Indo-European verbal base meaning "poke, dig," with the assumption being that the beds of our linguistic ancestors were lowly pits dug in the ground. There is, however, no evidence that early Germanic or pre-Germanic people slept in pits, bless their hearts. 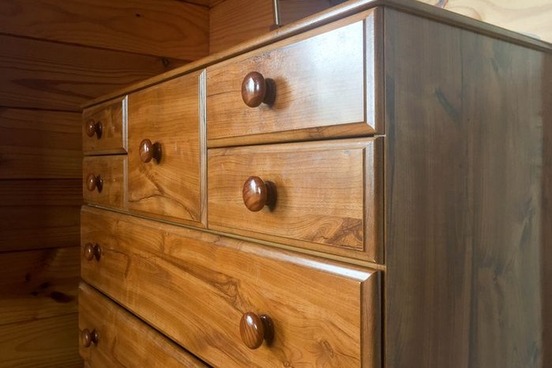 : a chest of drawers or bureau with a mirror

You may dress yourself with the items in your dresser, but it took several hundred years for the word dresser to come to refer to a repository of your socks and t-shirts. Before then, it was a cupboard for holding dishes and cooking utensils. And earlier still, it was a table or sideboard for preparing and serving food. It was where you dressed the food—that is, it was where you prepared the food for cooking or for the table. The word dress started doing that foodie job in the 14th century; it didn't move into clothing territory till the middle of the 15th. And a dresser wasn't a chest of drawers until the middle of the 19th. 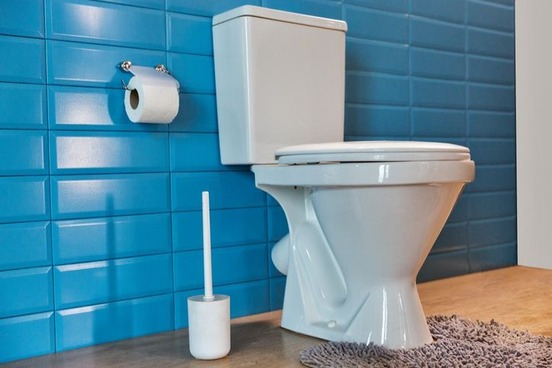 The word commode can refer to a variety of household furnishings, from a low chest of drawers to a movable washstand with a cupboard underneath. It can also refer to a chamber pot (defined without blush in this dictionary as "a bedroom vessel for urination and defecation"), or to a boxlike structure holding a chamber pot under an open seat. And speaking of chamber pots, the word functions quite effectively as a euphemism for "toilet" too.

In Noah Webster's 1828 dictionary, however, the word commode was defined only as "a kind of head dress formerly worn by ladies." Famed English cabinetmaker Thomas Chippendale may have been the first to move the word from the head to the home. The earliest known evidence of commode being used in print to refer to furniture appears in Chippendale's 1754 book of furniture designs; no doubt he hoped his highly ornate commodes would appeal to the same women who liked to don the ornate commode caps of the late 17th and early 18th centuries. He was and they likely were all dead by the time commodes contained or were chamber pots, first in the early 19th century. The euphemistic "toilet" sense of the word is a mid-20th century development. 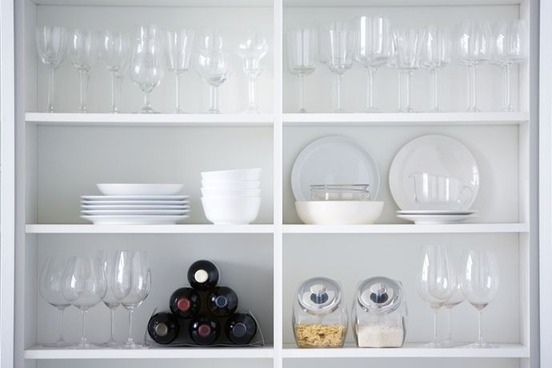 : a closet with shelves where dishes, utensils, or food is kept

The board in cupboard is an archaic word for "table"; cupboard first referred to a board or shelf for cups or dishes. Over the five centuries of the word's use it's had many spellings, several of which would have been a relief to the modern reader coming across the word in print for the first time: cubbord, cubbard, cubberd.

The 18th-century term cupboard love refers to insincere love professed for the sake of gain, and not to deep affection for one's cabinetry. 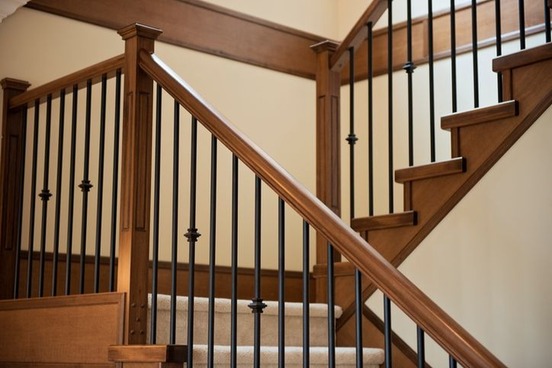 : a handrail with its supporting posts

Noah Webster explicitly rejected the word banister (which he spelled bannister, as you may also). He defined only baluster in his 1828 dictionary, though he acknowledged grudgingly that baluster was sometimes "corrupted into" bannister. We think that's unnecessarily harsh and prefer to say instead that banister is etymologically an alteration of baluster, which itself comes (by way of French) from the Italian balaustra, meaning "wild pomegranate flower." Baluster originally referred to prettily shaped vertical objects like those forming the legs of a table or shaft of a candlestick, which can indeed be reminiscent of the profile of a wild pomegranate flower. Ahhh. 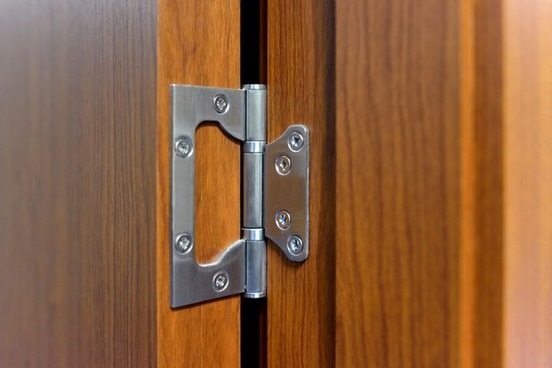 : an upright piece or surface forming the side of an opening (as for a door, window, or fireplace)

Jamb is a member of that class of words having referents we encounter all the time but mention only in very particular circumstances. It's more than six centuries old, and comes from an Anglo-French word meaning "side post of a door or window" and also "leg." Its origin goes back to the Late Latin gamba or camba, meaning "hock or upper leg of a horse," and to the Greek kampḗ before that: "bend, flexion of a limb." Doorjamb is 300-year-old evidence of our desire for linguistic specificity. 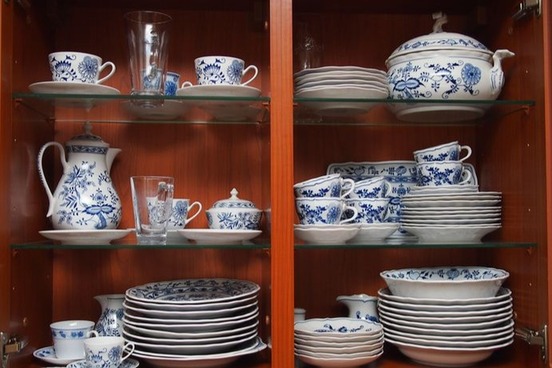 : a case or cupboard usually having doors and shelves

Cabinet has its origins in Medieval French, in which language it means "small room." The word is the diminutive of the Medieval French dialect word (specifically the Picard dialect, in case you were wondering) cabine, meaning "gambling house." Our word cabinet has a number of meanings relating to small rooms or spaces. One archaic sense refers to the private room serving as council chamber of a sovereign's chief councilors or ministers; the "body of advisors" meaning of cabinet extends from that one.

In Rhode Island cabinet is another word for "milkshake," supposedly because of where the items required to make such delectables are kept. 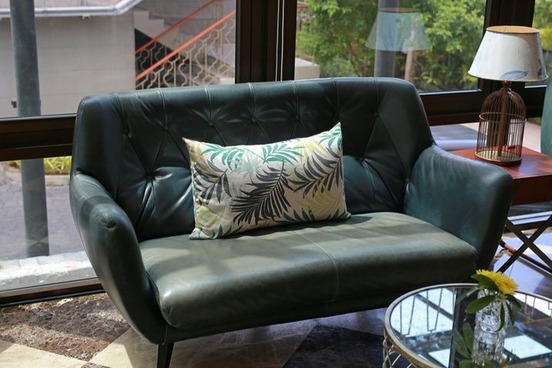 : an ornamental covering for a pillow

The only kind of sham most of us want to see around the house is the one that covers a pillow. The origin of the word, which has other meanings like "hoax," "hypocrisy," and "an imitation or counterfeit purporting to be genuine," is thought to perhaps be from the English dialect word sham, meaning "shame." We refuse to believe that this reflects badly on our pillow coverings, which are in fact actual pillow coverings.