Where Does 'Hello' Come From?

Don't answer the phone with 'ahoy'

It may be true that OK is the most spoken word on the planet, but hello is a good candidate for the English word that most people learn first. The word is so ubiquitous that it’s surprising how new it is: hello has only been in use for about the last 150 years of the 1000-year history of English. 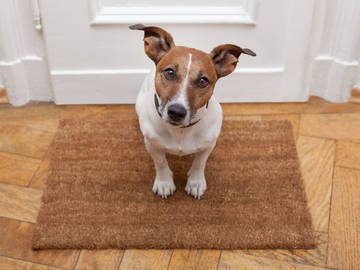 Despite its popularity, 'hello' has only been in use for about the last 150 years.

An older term used for greeting or salutation is hail, which dates back to the Middle Ages but was still in use in Shakespeare’s time; he used it both as a greeting (“Hail to your grace“) and as an acclamation (“Hail, Caesar!”). Interestingly, this word is related to others that originally meant “health,” such as hale, health, and whole. Since hail was presumably sometimes shouted (from a horse, across a river, from a tower), it isn’t surprising that several variants are recorded, including hollo, hallo, and halloa. Another variant of this interjection has subsequently had a long life as a noun and verb: holler.

Hello is first recorded in the early 1800s, but was originally used to attract attention or express surprise (“Well, hello! What do we have here?”). But the true breakthrough for this now-common word was when it was employed in the service of brand-new technology: the telephone. Thomas Edison himself claimed to have initiated the use of hello upon receiving a phone call—which required people to address an unseen and unknown person. It was simpler and more efficient than some other greetings used in the early days of the telephone, such as “Do I get you?” and “Are you there?”

Hello obviously caught on, and spread along with the telephone. But had the actual inventor of the telephone, Alexander Graham Bell, had his way, our greetings might be very different today. For his entire life, he preferred to answer the phone with “Ahoy.”