If we're being perfectly frank, the word franchise is most often encountered today with reference to restaurant chains or professional sports teams, not to mention branded retail stores and sequel-driven movies and TV series. These very commercial meanings seem far from the original meaning of franchise in English: “freedom from servitude or restraint.” How did so honest a word come to such a legalistic and profit-driven end? 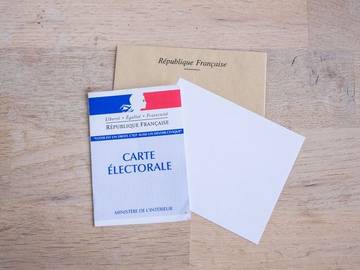 The meaning "a right to do business conferred by a government" dates back to the 1300s and is the basis for the word's modern senses.

Franchise comes from the French verb franchir, meaning “to free,” itself from franc meaning “free.” Franc is the origin of the English word frank (“marked by free, forthright, and sincere expression”), but it originally referred to the West Germanic tribe of people who lived in what is now France in the early Middle Ages. They gradually displaced the Romans over time, and their language and culture mixed with those of the Gauls and Romans, at which point frank lost its ethnic meaning and was used to refer to any inhabitant who was not a slave—a “free” person. Ultimately, the country’s name France derived from Frank.

Interestingly, franc was used as the unit of currency in French-speaking countries for many years (displaced by the Euro in France and Belgium), and it too combined references to “freedom” and “French”: it was first used as a name for the coins minted to ransom the captured John II (“Jean le Bon”) from the English, and since the coins were marked with the Latin words Francorum Rex (“King of the Franks”) and an image of the captured king, the semantic association between freedom and Frenchness became even more embedded in the language.

A verb use of frank came into use around 1700, referring to “free” delivery of mail: “to mark (a piece of mail) with an official signature or sign indicating the right of the sender to free mailing.”

So franc meant “free.” The word for “the quality of being frank” or “frankness” in French is franchise (pronounced /frahng-sheez/), which was originally used in its etymological meaning in English as “freedom from servitude or restraint,” a meaning that is now obsolete. This is the way the word was used in an early translation of the Italian Renaissance writer Boccaccio:

Turnyng his grace and fauour to hatrede mercy, and pitie, vnto crueltie, franchise of people to seruitude and drede, oppressed their fredome and olde lybertie.
— The Tragedies of Boccaccio translated by John Lydgate, 1554

Franchise next came to mean “exemption” or “immunity,” another meaning that is rarely used today, but because immunity was granted by royal authority, this use led to a more specific use, defined here from our Unabridged dictionary:

This meaning, dating back to the 1300s, evolved into three important modern uses of franchise:

: the right to vote

: the right or license granted to an individual or group to market a company's goods or services in a particular territory

: the right of membership granted by certain professional sports leagues

All of these meanings refer to an official status, whether conferred by a national government or McDonald’s or the NFL. Some of the words most frequently used adjacent to franchise are:

Some to the common pulpits, and cry out “Liberty, freedom, and enfranchisement!”
— Julius Caesar

The newer use of franchise is referring to movies as a series or sequence as well as an intellectual property or brand. In this use, it’s a bit different from the business meaning, since a McDonald’s franchise usually refers to a single independent restaurant, but a movie franchise refers to the films taken as a group.

Most Hollywood films that aren't part of existing franchises are built around self-explanatory concepts that can be conveyed on a poster - especially when they're broad comedies, such as Bad Moms or Game Night.
— Jake Wilson, The Age, 14 June 2018

The Rebels win and all live happily ever after—until Disney bought the franchise and decided to make more films.
— Eliana Dockterman, TIME, 13 December 2016

The change from “freedom” to “possessing exclusive legal rights” is an interesting migration for a word’s meaning. You now can have the freedom to make money, if the authority (or the Force) is with you.