The Height of Mispronunciation—Or Not

Do you—or does anyone you know—pronounce height like it's got a th on the end? It's OK, we won't judge.

Benjamin Franklin probably did too:

On Lord's Day, the 24th past, we were surprized with the extraordinary Heighth of the Tide, which fill'd most of the Streets as well as Cellars near the Water….
— The New-England Courant, 4 Mar. 1772/3 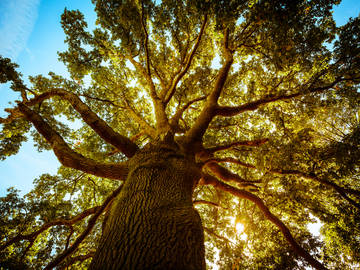 The spellings 'heighth' and 'highth' competed in popularity with 'height' into the 18th century.

Be pleased to send me a genteel sute of Cloaths …; I woud have you therefore take measure of a Gentleman who wears well made Cloaths of the following size—to wit—Six feet high & proportionably made; if any thing rather Slender than thick for a Person of that highth with pretty long arms & thighs….
—letter, 26 Apr. 1763

But it's likely neither of them used it all the time:

But enormities of this kind have got to such a height, that nothing, I fear, but your Honors interposition in ordering those majistrates to be brought to Justice, and appointing others from whom more may be hoped, can prevent the worst of consequences to a (seemingly) infatuated people!
— George Washington, letter, 9 Oct. 1757

A century later, Charles Dickens probably didn't use it himself:

She started from my side, and ran along a jagged timber which protruded from the place we stood upon, and overhung the deep water at some height….
—David Copperfield, 1850

But he had characters who did:

'And these heer pretty ones,' said Mr. Peggotty. 'To look at these heer flowers! Why, Mas'r Davy, you was but the heighth of the littlest of these, when I first see you! When Em'ly warn't no bigger, and our poor lad were BUT a lad!'
—David Copperfield, 1850

Which suggests that something changed in the century between the time of the Founding Fathers and Dickens's era. Franklin and Washington were inarguably men who knew their way around the English language, but within less than a century, Dickens was using heighth to show dialect (and an unflattering one at that). We might think that this had to do with the ocean between them, except that American humorist Marietta Holley did the same thing a few years later:

Says I, "Do you tell me that, and you a perfesser and a Christian?" "Yes," says she, "I paid 300 dollars for this dress, and it haint likely I am goin' to miss the chance of showin' it off to the other wimmen who will envy me the possession of it. To be sure," says she, "it is a little lower than Americans usually wear. But in fashion, as in anything else, somebody has got to go ahead. This is the very heighth of fashion," says she. Says I in witherin' and burnin' skorn, "It is the heighth of immodesty."
—Samantha at Saratoga, 1887

The narrator's own speech, when devoid of skorn, employs height:

And I wondered to myself if in the future we should use the great pages of the night-sky to write messages from one city to another, or from sea to land, of danger and warnin'; and then I thought to myself, if souls clog-bound to earth are able to accomplish so much, who knows but the freed soul goin' outward and onward from height to height of wisdom may yet be able to signal down from the Safe Land messages of help and warnin' to the souls it loved below.
—Samantha at Saratoga, 1887

But perhaps the question we should be asking is: why shouldn't height end in th? Other measurement words do: width, breadth, length.

As we've seen already, there was in fact a time when height too followed that pattern. The spellings heighth and highth competed in popularity in standard English with height into the 18th century.

It turns out that the final t form arose in northern dialects of Middle English at a time when the gh sound in heighth was still pronounced, and pronounced with a sound no longer found in typical English dialects: it had the sound of \ḵ\, which is found at the end of the German name Bach and in the Scots word loch.

But because few other English words ended in the consonant cluster \ḵth\, the second sound lost its fricative quality and became a simple \t\, remaining so even after the \ḵ\ sound had been lost. In dialects of southern England the cluster was preserved until the \ḵ\ sound was lost, but by the 19th century heighth, despite its correspondence to the other nouns of dimension, had been largely ousted by height, at least in non-dialect published works.

What does this mean for you, o person who says height as though it's spelled heighth? Merely that you're a little behind the times, and perhaps a stickler for consistency. We still won't judge you. But since your fellow 21st century English speakers likely will, we recommend you pronounce height with a \t\ at the end instead.