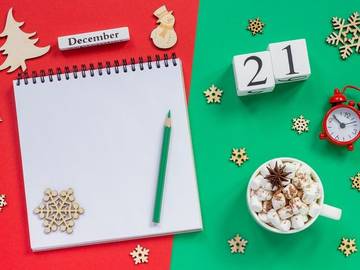 Silver lining was one of our most searched-for entries this past week, after the winner of the Miss Universe pageant, Catriona Gray, used it during the question and answer portion of that competition.

Gray cited the optimism and gratitude of Filipinos, especially children, in even in the worst situations as a lesson she would like to impart to others. "I worked a lot in the slums of Tondo, Manila; and the life there is very... it's poor, and it's very sad. And I always taught myself to look for the beauty in it -- to look for the beauty of the faces of the children; and to be grateful,” Gray said. “And I would bring this aspect as a Miss Universe to see situations with the silver lining.”
— Times of Oman (Ruwi, Oman), 17 Dec. 2018

We define silver lining as “a consoling or hopeful prospect.” It comes from the older expression every cloud has a silver lining (“used to say that every bad situation holds the possibility of something good”). Silver lining has held this figurative meaning since the middle of the 19th century, but the combination of words may be found as far back as 1637, in the work of poet John Milton.

Withdrawal was given a thorough workout by journalists last week, as President Trump announced the intent to remove U.S. troops from Syria.

The word has been in English use since the middle of the 18th century, initially with the meaning of “the act of taking back or away something that has been granted or possessed.” Over the next two hundred years and change withdrawal has taken on a number of additional senses, including “an operation by which a military force disengages from the enemy,” “the syndrome of often painful physical and psychological symptoms that follows discontinuance of an addicting drug,” and “coitus interruptus.”

Fundraising efforts undertaken by an organization dedicated to the erection of a wall on the U.S.-Mexico border caused crowdfunding to increase dramatically in lookups.

Kramer’s crowdfunding effort has received a boost from some MAGA-world celebrities. The Deplorable Choir, a trio of Texas women who post pro-Trump songs on social media and performed at a Trump rally in October, regularly urge their fans to donate to fund the wall.
— Will Sommer, The Daily Beast (dailybeast.com), 19 Dec. 2018

Crowdfunding is “the practice of obtaining needed funding (as for a new business) by soliciting contributions from a large number of people especially from the online community.” Our earliest records of use come in 2006, when it began to appear slightly after crowdsourcing (which refers to the solicitation of services, ideas, or content, rather than money, from the online community).

c'mon.
help Maria out.
help maintain the 100% success rate at HMWV.
demonstrate the power of this community and its reach.
complete this round of Crowdfunding so we can all smile and wait for true user-generated content ;)
— sull, Videoblogging (usenet groups), 11 Oct. 2006

Nunchucks were in the news, following reports that the weapons would be legalized in New York state, as a federal court overturned a 44-year ban.

A 1974 New York state ban on nunchucks that was put into place over fears that youth inspired by martial arts movies would create widespread mayhem is unconstitutional under the Second Amendment, a federal court has ruled.
— Deepti Hajela, Associated Press (apnews.com), 17 Dec. 2018

Nunchuck (“a weapon that consists of two sticks joined by a short length of cord, chain, or rawhide”) has been used in English since 1970; it is thought to be an Anglicization of nunchaku, a word taken from a Japanese dialect in Okinawa.

Excoriate was also much in the news, used in reference to a judicial tongue-lashing administered by Emmet Sullivan, the judge presiding over Michael Flynn’s sentencing.

In modern parlance (and in the instance cited above) excoriate carries the meaning “to censure scathingly.” However, the word has an earlier meaning that is a touch more abrasive: “to wear the skin off.” This initial sense comes from the word’s Latin origins, the word excoriare, meaning “to strip off the hide.”

Hey, it's our Antedating of the Week!

For our antedating of the week we have chosen the word exasperate. This word is germane for two reasons: we happen to have an earlier use of this word close at hand, and many people will be spending some portion of the next week with extended members of their families. Our earliest use of this word had previously been from 1534, used with the meaning “to excite the anger of, to enrage.” Our new earliest use now occurs in 1527.

I thought convenient that the same my letters shuld be translated into Frenche for your better informacion; to thintent that ye, merking and takeing out suche sentences and clauses as may exasperate the said Emperour, for the composing of thentended purpose, ye may shewe unto Hym the same clauses.
— Cardinal Thomas Wolsey, Letter to Edward Lee, 1527