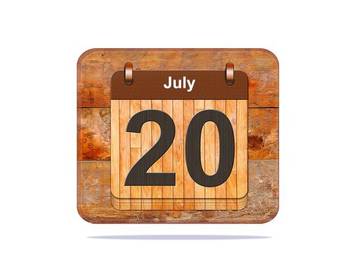 Did your favorite (or least favorite) make the cut?

Early this week Scott Gottlieb, the commissioner of the FDA, announced that this agency would seek to prevent the word milk being used in the selling of non-dairy products.

Gottlieb's comments were in reference to the FDA’s current milk standards, which state, "Milk is the lacteal secretion, practically free from colostrum, obtained by the complete milking of one or more healthy cows."
— Kashmira Gander, Newsweek (newsweek.com), 19 Jul. 2018

Now we're just a small-town dictionary, and may not know as much about lacteal secretions as the big city Food & Drug Administration, but we know a thing or two about meanings, and let us tell you, milk has got more meanings than the FDA is about to have lawsuits. Of these, the lacteal secretion sense of milk is perhaps the oldest, with consistent use all the way back to Old English. However, at least one of the non-lacteal secretion senses (referring to liquid from a plant) also dates back to Old English, and many of the other senses show evidence of hundreds of years of use.

Given that the FDA has thrown down the gauntlet with their attempts to redefine this word, we are forced to respond in the fashion of word-lovers since time immemorial: with trivia. Which of the following is a definition of milk?

A. the ripe undischarged spat of an oyster
B. something that suggests the relation of mother and child
C. an emulsion made by bruising seeds
D. something that is mild or bland
E. milk from an animal and especially a cow used as food by people

The answer, of course, is "all of the above."

Comments made by President Trump last week brought a level of scrutiny to the double negative, scrutiny that this construction really didn't need, thank you very much.

Mr. Trump had just returned from Finland, where he sided against his own intelligence agencies’ conclusions about Russian interference in the 2016 election during a meeting with President Vladimir V. Putin of Russia. “I have President Putin; he just said it’s not Russia,” Mr. Trump had said on Monday. “I don’t see any reason why it would be.”
And by that, Mr. Trump said on Tuesday, more than 24 hours later, he meant the exact opposite. “The sentence should have been, ‘I don’t see any reason why it wouldn’t be Russia,’” Mr. Trump said. “Sort of a double negative.”
— Matt Flegenheimer, The New York Times, 17 Jul. 2018

Not that we would ever seek to muddy the waters, but the Merriam-Webster Dictionary of English Usage points out that there are multiple ways the double negative can function in English; it can, for instance, act as an emphatic negative, and as an unemphatic positive.

The emphatic negative (Shakespeare's "And that no woman has; nor never none Shall mistress be of it" from Twelfth Night) is quite old, dating back in use before Chaucer (who also used it). This construction serves to reinforce the negative idea in a sentence. The unemphatic positive construction serves as an understated way of saying that something is indeed so, as when Jane Austen wrote in Mansfield Park "...I have (I flatter myself) made no inconsiderable progress in her affections." We'll leave it to you to decide which the President was employing.

Our attention was also drawn recently to an article published on the World Wide Web, which mentioned us. It began quite swimmingly.

I sincerely enjoy a good dictionary.

Who doesn't love an article by someone who enjoys a good dictionary? Nobody, that's who. And we were very much enjoying this one, until we reached the second paragraph, which began thusly.

Recently, I was disappointed by Merriam- Webster online.

Quelle Horreur! What might we have done, and how may we make it better?

I looked up “immolation,” mostly because it’s the kind of word whose correct spelling I prefer to confirm before using it in a post. Here’s what M-W had to say:

1 : the act of immolating : the state of being immolated
2 : something that is immolated

Oh, that. Why do we use this seemingly circular definition for immolation? Well, once upon a time, when someone wanted to enjoy a good dictionary one was forced to haul out a rather large (it was, in fairness, trying to encapsulate an entire language) object composed of paper and ink. In order to save space, certain words were defined using information that could quickly and readily be found by the reader. So, if one were to look up the noun immolation, and saw that a verb form of immolate was used in the definition, all one would have to do is look at the next entry or so on that page.

In the digital age we have tweaked this practice slightly. Thanks to the glory of the Internet, we are able to use hyperlinks rather than have the reader look for the necessary word with the search box. (If you would like a more serious and detailed explanation of this practice it can be found here).

For this week's antedating we are taking a fresh look at the date of exceptionalism. This word, which we define as "the condition of being different from the norm; also : a theory expounding the exceptionalism especially of a nation or region," may be used to describe any region or country, although it is very frequently paired with American. The earliest known use of exceptionalism had previously been 1929, but recent findings show that the word was in use more than 80 years prior.

To this we are approaching, and we even hope that the tedious stupid West India debates of the last fortnight may be accepted as the sweeping away of the last heap of the rubbish of exceptionalisms.
— The Standard (London, Eng.), 4 Jul. 1848

And for those who are worried that Americans might not have been the first people to be associated with exceptionalism, fret not, for by the 1860s the British were already applying it to our country (albeit in a fairly sneering fashion).

There is one thing to be said about civil wars—they do not last long. It is probable that the "exceptionalism," if one may use the word, on which the Americans rather pride themselves, will not prevail in the case of the struggle between North and South.
— The Times (London, Eng.), 20 Aug. 1861