The best way to avoid uncomfortable conversation at Thanksgiving? Talk about the food.
Last Updated: 13 Apr 2022 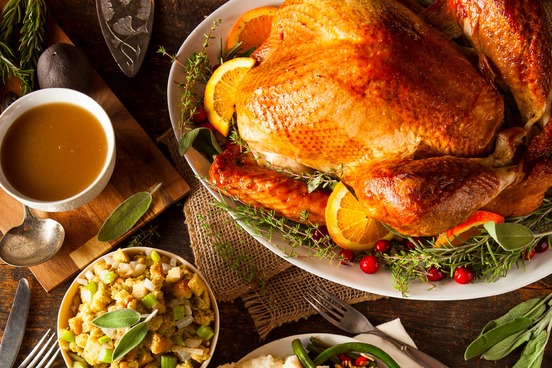 With Thanksgiving Day upon us, many people find themselves looking at the prospect of a long meal with their extended family with a mixture of dread and trepidation. At the service of familial accord, we offer the following words as a means of giving our readers something—aside from politics or religion— to talk about: the meal itself.

a situation providing abnormal or excessive profits, advantages, or benefits for those occupying it usually at the expense of some larger group

Gravy has been around since the 14th century, or at least the word for it has. For most of that time it has carried a relatively narrow set of meanings, generally having to do with some sort of moist exudate from cooked meat. (It sounds much nicer when you just call it gravy, doesn’t it?).

More recently, however, gravy has taken on some additional meanings, such as ‘unexpected and pleasing results’ and ‘improper profits or graft’. The expression gravy train is closely related to the graftier one of those meanings, and has nothing to do with the endless succession of sauces working their way around the table at Thanksgiving.

If the McKinley administration is responsible for the “full dinner pail” throughout the land, we suppose Your Uncle Hanna has full charge of the “gravy train.” Those patriots who are on the hog will please take notice.
—The Alexander City Outlook (Alexander City, AL), 12 OCt. 1900 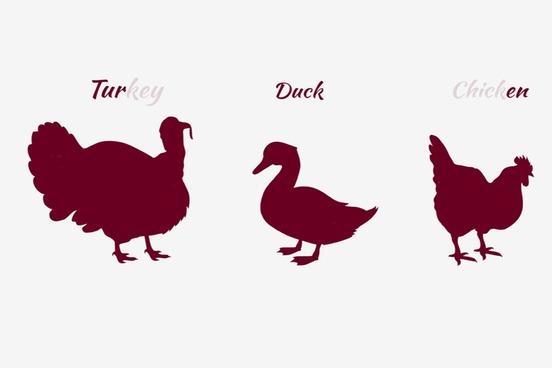 The idea of the turducken may fill you with anticipation or make you feel a bit queasy, depending on your gustatory leanings.

This portmanteau word is formed in a similar way as the dish – for the meal you take a chicken, stuff it inside of a duck, and then put that composite into a turkey; the word is made by taking several letters from each bird and mashing them together (TURkey+DUCK+chickEN).

Turducken is certainly not the only example of what is referred to as engastration; we have the gooducken (chicken inside a duck inside a goose) and numerous variations on the theme. The grand-daddy of engastration, however, has to be the rôti sans pareil, found in a French cookbook from 1807, which consists of 17 birds, each one stuffed into the next. 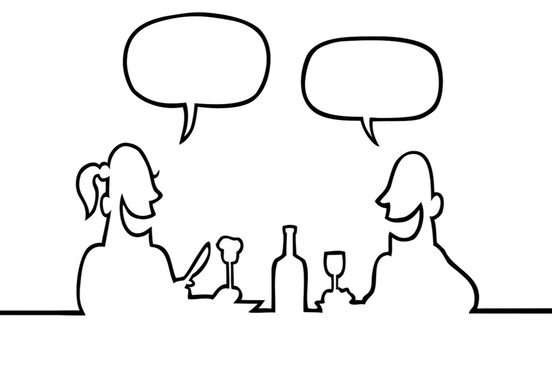 a person skilled in table talk

A quick word of warning: merely knowing the existence and meaning of the word deipnosophist does not actually make you one. The word comes from the title of a work by the Greek-Egyptian writer Athenaeus, which details a banquet in which long, and presumably witty, discussions are held.

“Like Athenæus while I fain would twist
The tale complete of each Deipnosophist,
The joke he laugh’d at, smutty things he said,
And bottle emptied ere he went to bed.”
—William Leech, The Obliviad, 1879 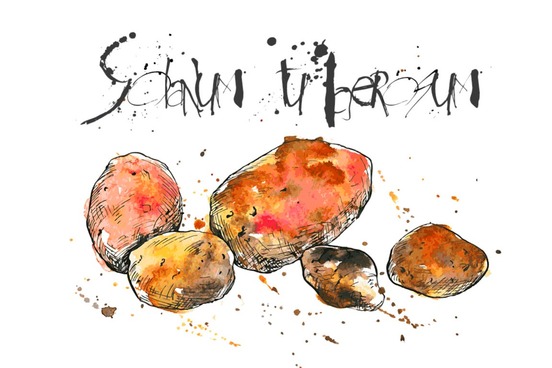 (of land) exhausted by successive crops of potatoes

If ever there was an occasion for a word to free itself from the shackles of rigid literalism it is potato-sick at the Thanksgiving table. It is a technical term, used of land, to describe soil that has been so over-cultivated with potatoes that it suffers greatly from it. By the end of the meal we all know how that plot of land feels.

And when the land has once produced an unusually fine yield, the impression is current that it will be potato sick the next year, and prudence dictates a change of location for several years.
—The Cecil Whig (Elkton, MD), 3 Apr. 1875 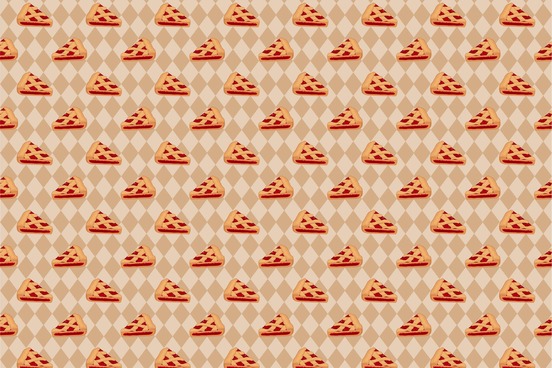 Anyone who has ever actually tried to bake a halfway-edible pie learns very quickly that putting one together is not actually as easy as pie. It makes one suspect that the easy portion of this expression refers to the eating of the pastry, rather than its construction.

Easy as pie has been in use since at least as far back as the 1870s, and appears to have overtaken in recent decades by the much less enjoyable easy as falling off a log as the favored expression for something that is easy to do.

He could see them on the opposite corner winking at the girls, as if to call them. “Do you mean to say you could see these men winking from the street to the girls in the third story of the building?” “Just as easy as pie; anybody could see that with half an eye.”
—The New Haven Register (New Haven, CT), 1 Dec. 1879 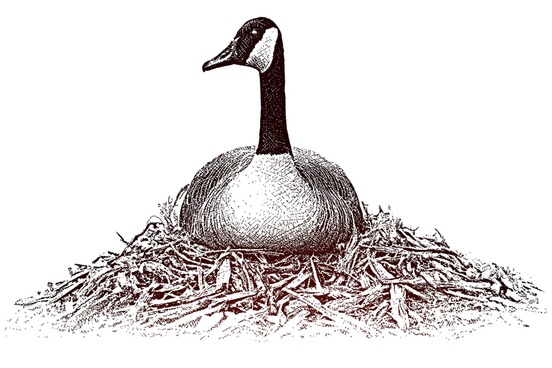 a cider apple formerly popular in England; cider made from the coccagee apple

To avoid the temptation of over-imbibing at this holiday meal, a possible method of restricting your intake is to muse upon the etymology of an older variety of English cider, coccagee, made from the apple of the same name.

This word comes from the Irish Gaelic cac a' ghēidh, which translates, more or less, to ‘goose dung’. The apple was given the name as its greenish-yellow color was thought to resemble that of the goose’s leavings.

Some, proud of Sense and ill-bred Wit,
Are harsh as Coccagee:
Such Fruit may be grinding fit,
But eat who will for me.
—The Derby Mercury (Derby, Eng.), 12 Jul. 1776 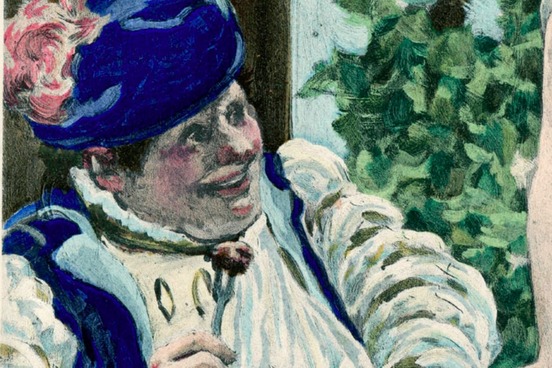 (v) to feed, supply, or give to surfeit : disgust or sicken by excess : fill to satiety or repletion

By the end of Thanksgiving most people are probably thinking something more along the lines of ‘why did I eat so much?’, rather than ‘I wonder what the word is for eating too much?’ Lexicographers are not in a position to answer the former; we can, however, provide you with an overabundance of answers to the latter.

In addition to the verb surfeit, the English language has ingurgitate (‘to overload by eating or drinking’), gormandize (‘to eat gluttonously or ravenously), stodge (‘to stuff full especially with food’), and crapulent (‘suffering from excessive eating or drinking’).

Many have surfeted by eating, none by forbearing: many have sinned by speaking, no man by holding his peace.
—Thomas Adams, A Commentary, 1633 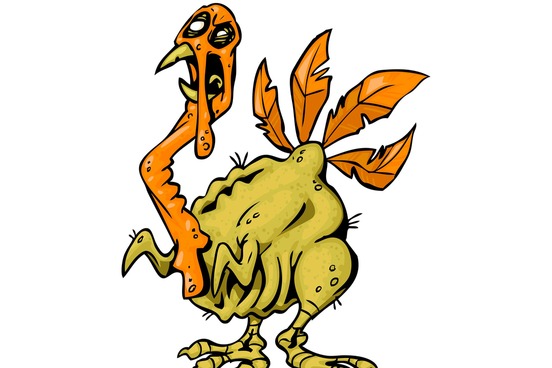 Cold turkey has, since 1919, referred to an uncomfortable method of quitting a drug to which one has become addicted. This sense, meaning to quit something all of a sudden, appears to have earlier use in boxing jargon. Going back to the end of the 19th century ‘quit cold turkey’ can be found (particularly in Cincinnati newspapers) to refer to a boxer having given up the fight.

What Sinatra did recently to picture drug addiction as horrible, Miss Hayward does for Alcoholism. If anything, the cure she undergoes to wean herself from the 100 - proof bottle is more tortuous to see than the narcotics “cold turkey” remedy.
—Polly Cochran, The Indianapolis Star (Indianapolis, IN), 22 Mar. 1956