Why Do We Quit "Cold Turkey"?

Explaining A Common Phrase That Makes No Sense

Ever quit something cold turkey and wonder why you've quit it in such a manner? On the serious side, the phrase is often used when the quitting brings physical symptoms of withdrawal, as with heroin or other highly addictive drugs. However, it can also be used more lightheartedly, as in this recent Business Insider headline: "I was addicted to dating apps, so I quit cold turkey." But where the heck did it come from? 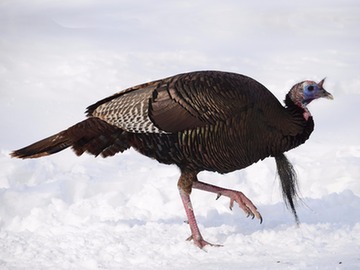 The expression first appeared in the Daily Colonist in British Columbia in 1921: "Perhaps the most pitiful figures who have appeared before Dr. Carleton Simon ... are those who voluntarily surrender themselves. When they go before him, that are given what is called the 'cold turkey' treatment."

But why turkey, and why cold? The most popular theory was repeated by the San Francisco Chronicle columnist Herb Caen in 1978: "It derives from the hideous combination of goosepimples [sic] and what William Burroughs calls 'the cold burn' that addicts suffer as they kick the habit." In Cop Speak: The Lingo of Law Enforcement and Crime, Tom Philbin recites a second theory, that "the term may derive from the cold, clammy feel of the skin during withdrawal, like a turkey that has been refrigerated."

The problem with both of these theories is that they ignore the uses of cold turkey before its application to drug addiction. In a cartoon that appeared in newspapers on November 12, 1920, ace slangman Thomas "TAD" Dorgan used cold turkey this way – "Now tell me on the square – can I get by with this for the wedding – don't string me – tell me cold turkey." The editors of the Historical Dictionary of American Slang have found an earlier use: a 1910 usage where the speaker lost $5,000 cold turkey, in the sense of losing it outright.

It may be that the original cold turkey was a combination of cold ("straightforward, matter-of-fact") and the earlier talk turkey, which dates back to the early 1800s and refers to speaking plainly. Regardless of its ultimate origins, the phrase manages to vividly capture the initial dread and discomfort that comes from immediately quitting something that's addictive, from drugs to dating apps.