Although it’s often assumed that supposably is only an erroneous form of supposedly, it has its own independent history, derived from supposable, with the meaning “as may be conceived or imagined.” Supposedly usually means “allegedly,” and the similarity of the two words sometimes leads to their confusion.

Should we ever decide that our dictionary had a touch of avoirdupois and needed to lose some weight, we could readily accomplish this by looking to Twitter, to see which words people feel are not actually words, and removing the offending specimens. There are many people on Twitter (and in other forms of social media) who think that a good number of the words we enter are not real. One that has come to our attention recently is supposably. 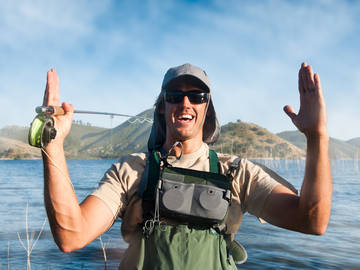 'Supposably' and 'supposedly' are both words. The two words have distinct meanings. And yet, most people who use it these days would be better off using 'supposedly'.

If you began this article with the hope and expectation that you would get to see us spit on our hands, put on our dictionary pants, and tell the people who use supposably that we are very disappointed in them….that’s not going to happen.

First of all, dictionary pants are very tight and uncomfortable, and are only worn in the direst of circumstances. Secondly, most people don’t really spit on their hands before undertaking a taxing or rigorous task anymore; it’s just an expression, and the actual practice is a bit unhygienic. And furthermore, supposably is, we regret to inform you, most definitely a word.

(If there was an emoji that could convey the sense of despair found in the first movement of Shostakovich’s 8th String Quartet we would place it here.)

Supposably and Supposedly Are Different Words

A common complaint about this word is that it is simply a mistaken use of supposedly. Sometimes this is the case, and sometimes it is not. Supposably may be found as far back as the 17th century. It is rarely encountered over the next hundred or so years, but at the beginning of the 19th century we see much more evidence of it being used.

I observe two grand defects in this Reply; One, that 'tis not supposably legal, that all the Tenants in the Mannor can by Legal Forms of Judgment dispossess a Lawful, and possess a wrong Person into the Lordship of a Mannor, because these Tenants are not Judges in Law.
—Samuel Hill, A Debate on the Justice and Piety of the Present Constitution, 1696

If we find the bdellium of a passage supposably written in Kedem, is hardly to be explained by any production of Arabia, or Palestine, where is the impropriety of inquiring whether it may not be a well known article in Kedem?
—Scripture Illustrated, 1814

We have sometimes been surprised, that, connected as poetry and painting are, as sister arts, so little use should have been made of the painter’s study, or of those incidents which very supposably—as supposabilities are allowed at the theatre—may happen in the course of an artist’s life.
—The New Monthly Magazine (London, UK), Jun 1829

What does supposably mean? That’s where things get a bit tricky. In most early uses supposably appears to have a meaning that is distinct from supposedly, having the intended meaning of “capable of being conceived of.” Many people who use the word today, however, appear to intend it to mean something that is much closer to supposedly (“allegedly”). This modern sense bothers some people.

It is simple enough to point out that supposably and supposedly are just the adverbial forms of the adjectives supposable and supposed. However, when you consider that the definition of supposable is “capable of being supposed” (as well as “conceivable”) it is easy to see how these two words have a degree of overlap.

So in summation: supposably is a word, it has a meaning (“as may be conceived or imagined”) that is distinct from most uses of supposedly, but most people who use it nowadays might be better served by using supposedly instead. Now go take your dictionary pants off before they begin to chafe.

More to Explore: Are These Words for Real?