A Brief History of 'Squee'

The word has its fans

For a few years now, the internet has taken to a particular word to express delight. That word is squee.

It's used as an interjection: 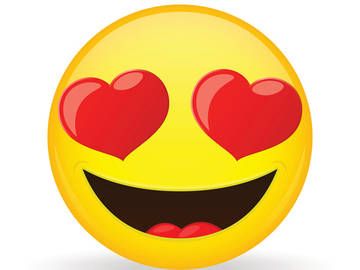 'Sq-' may be found at the beginning of a number of English verbs that suggest an action of compressing or contracting, such as 'squeeze', 'squint', 'squinch', 'squash', 'squish', and 'squat'.

It's used as a verb:

If you’re looking for a new DIY challenge, ramp up the squee with these cute (and fun) miniature home decor projects.
—Cassandra Vega, Brit + Co, 24 Oct. 2016

What's up with squee? Have we always squeed? Are we really a squeeing species?

As you can probably surmise, squee is meant to imitate the high-pitched sound that certain among us make when we are tickled, emotionally or otherwise. It is notably similar, in sound and tone, to squeak and squeal.

Traditionally, we associate squeak and squeal with animals. Mice squeak in the walls; pigs squeal when they're rolling in slop. In some 19th century stories, squee was the onomatopoeic denotation of the sound made by animal characters:

The three little pigs were very much scared; and they said, "Squee! Squee! Squee!" And they ran away as fast as they could go.
—"Pip and Jip," attributed to "R.M," in The Nursery, 1869

A few days after the 13th, he was placed on the floor a few times daily, where he would drink and wade in a pan, and run and jump around, flapping his wings, in an endeavor to fly; and soon grew courageous enough to jump and sail from the barrel. Then he climbed upon an old hammock, and going to the highest part, stared and "squeed" for hours.
—"The History and Mystery of Jacob Potter, Jr," attributed to "Falco," in The Oölogist, October 1892

These days, of course, it's not animals who squee, but humans. In modern use, squee is associated with a particular type of joy or enthusiasm, that which we express when confronted with something we find adorable. It has particularly taken hold in fan lore; do a search for "squee" and you'll almost certainly see in contexts of fandom, often with the word fan (or fanboy or fangirl) in close proximity.

But as silly as these two properties were, deep down a part of me still loves them, and always will. And when a He-Man/Thundercats comic was announced from DC Comics, my inner 10-year-old might have squeed just a little bit.
—Eric Diaz, Nerdist, 5 Oct. 2016

That was Melinda Page Hamilton as Mrs. Goff, who always does good work. Gotta admit part of me squeed to see Don Draper’s first wife and Roger Sterling’s second one sitting across from each other at an interrogation table.
—Gwen Ihnat, The A.V. Club, 20 Oct. 2016

The new trailer, featured above, features some major squee moments for fans: Hera piloting an X-wing, with Chopper as her co-pilot; a starship using its hyperdrive to blast through the center of a space station, and the Ghost descending toward the Yavin 4 base seen in Rogue One and 1977’s original Star Wars.
—Anthony Breznican, Entertainment Weekly, 15 Apr. 2017

In the meantime, fans of both couples will have to be content with watching the twins, Blue Ivy, and the world's youngest social media star, Luna, grow up. Those kids are all lucky, not because they have famous parents, but because they have parents who can't resist gushing over them. Happily, the rest of the world is busy squeeing right along with them.
—Sabienna Bowman, Bustle, 5 Feb. 2017

The New Partridge Dictionary of American Slang calls interjectional squee "originally comic book/graphic novel language," which makes sense given that its onomatopoeic nature fits right along with other verbalized expressions of emotion, like snicker or sob. The sq- blend begins a number of English verbs that suggest an action of compressing or contracting, such as squeeze, squint, squinch, squash, squish, and squat, and so it feels appropriate when one thinks of the compressed, explosive sound that emits from our mouths like air from a balloon when we gush.

The explosion of fan websites naturally led to an explosion of squee, and soon enough people were squeeing all over the Internet. Try to keep your enthusiasm down, though; we're trying to work over here.