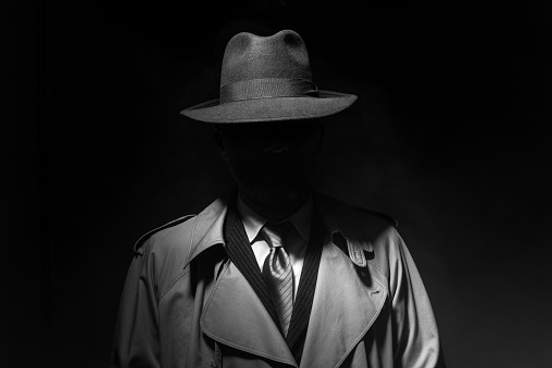 “John le Carré” was the pseudonym of writer David Cornwell, who was working as a member of Her Majesty’s secret service when his first novels were published, requiring that he disguise his identity. He was advised by his publisher to choose a name with “two Anglo-Saxon monosyllables, like Chunk-Smith” as a false name, but chose instead the oddly French “le Carré.” Carré means “square” or “squared” in French, and is indeed sometimes a family name, but used with le seems a bit strange, coming across as “John the Square.”

This whole story of the writer’s name has an uncanny resonance with the word spy itself, which, while it has a chunky Anglo-Saxon monosyllabic quality, actually comes to English from French.

But, perhaps unsurprisingly, hiding behind the French word’s identity is a slightly unusual Germanic background—unusual for a language that directly descended from Latin, the language of origin for most French words. Spy, it turns out, comes from the French verb espier (“to spy”), itself from the Franconian spehôn, meaning “to observe attentively.” Franconian, known in French as francique, was a German dialect from a region that today includes Bavaria, known as Franconia. The French word was attested in the 11th century, and had come to Middle English by the 13th century.

A word’s etymology is its biography; sometimes it reveals a disguise. It seems fitting that the word spy is an English-looking monosyllable borrowed from French that ultimately comes from Germanic roots. 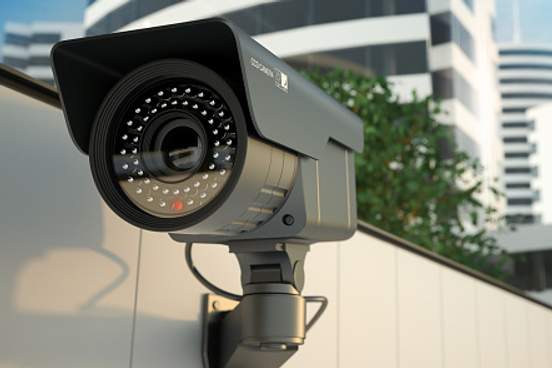 Espionage wears an indisputably French origin on its sleeve. It is pronounced in the French manner, rhyming with garage (for American English speakers), with that soft g sound that is distinctively French. Appropriately enough, it seems to be a word that is working in foreign territory.

Espionage shares roots with spy, but retains its superficial Frenchness because it was borrowed centuries later, in the late 1700s; earlier borrowings into English are often changed and anglicized more than relatively recent ones.

It also conveys something organized and systematic with its meaning “the practice of spying.” One could spy on a neighbor or act as a spy, but espionage brings a connotation of a network, an allegiance, an ideology, a motive.

The words that occur most frequently with espionage illustrate all of these elements:

Spies work behind the scenes, but the fact that thriller is among the most closely associated terms with espionage is perhaps proof that John le Carré made their secret stories take center stage. 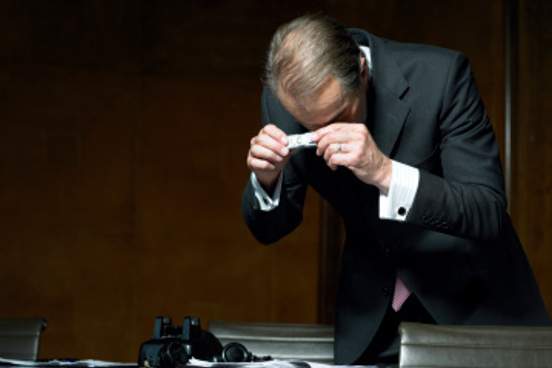 John le Carré wasn’t the first person to use the term mole to refer to a spy, but it’s probable that he did more to make it commonly known than anyone else. Its use with the meaning “a spy (such as a double agent) who establishes a cover long before beginning espionage” actually dates back to the 1920s, but, according to the Oxford English Dictionary, “it is generally thought that the world of espionage adopted it from le Carré, rather than vice versa.”

Le Carré explains this use of the word in the text of Tinker, Tailor, Soldier, Spy:

Ivlov's task was to service a mole. A mole is a deep penetration agent so called because he burrows deep into the fabric of Western imperialism.

Since Tinker, Tailor, Soldier, Spy derives from an English nursery rhyme, the French title for the novel and TV and film adaptations is more straightforward as La Taupe, the French word for mole (both the little furry animal and the human spy). A synonym of mole in this sense is sleeper. 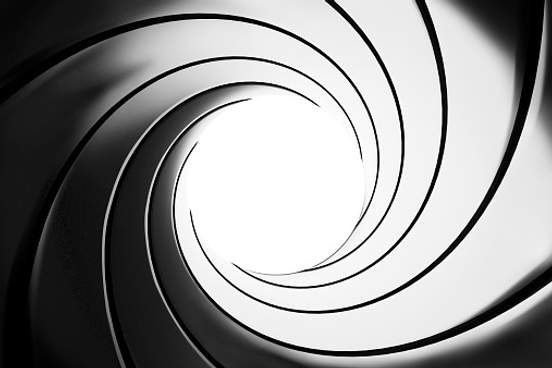 The word assassin was borrowed into English directly from French, which based its word on a Latin term that traced back to the Arabic word ḥashshāsh, meaning “worthless person,” or, literally, “hashish user,” since the ultimate root of this word was hashīsh.

It originally referred to a member of a Shia Muslim sect at the time of the Crusades who was sent out on a suicidal mission to murder prominent enemies. The Oxford English Dictionary notes that this term, perhaps unsurprisingly, was initially a derogatory one that implied that the members of this group exhibited erratic behavior, as if intoxicated by hashish—or because they actually were.

Its current use, “a person who commits murder” and especially one who murders a politically important person for money or ideology, was first used in English in the 1500s. This modern meaning represents a subtle change in the idea behind the word’s use: if it initially referred to a particular quality of the killer, it now refers as much to a particular quality—prominence of some kind—of the killer’s target. 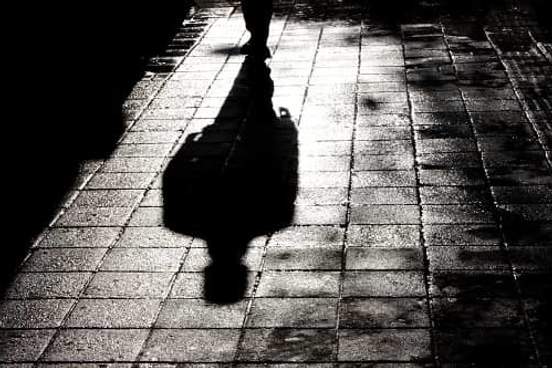 John le Carré, who had a brief career as a spy in the British secret service, used the word spook himself when referring to spies. The word’s use with this meaning dates to around World War II, a period rich with both spies and colorful informal language (ginormous, to cite just one example, was British military slang from WWII).

The original meaning of spook, meaning “ghost or specter,” was first attested in the United States in 1801, according to the Oxford English Dictionary. In what is an astonishing coincidence that would hardly be credible for a novelist to conjure, this first quotation using the word is from a publication entitled—wait for it: Massachusetts Spy:

By mine dunder I fly so swift as any spook.

Spook meaning “spy” is even used in discussions of another best-selling author:

Anyone with the patience and fortitude to wade through such imposing texts, claims Clancy, can accumulate enough intelligence to seem like a spook. The people in power know that the place to hide a fact isn't a safe (safes can be blown) but between a million other facts, most of them boring. So Clancy spends much of his time playing private eye, hunting down data as you might hunt down criminals.
— Rich Cohen, Rolling Stone, 1 December 1994 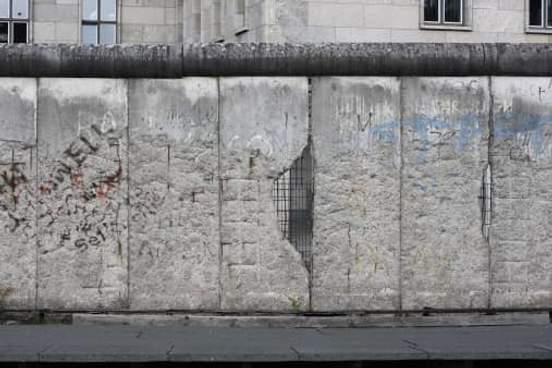 The Cold War is more than the background of le Carré’s novels: it was the essential world in which his characters moved. More than just ideologies, the Cold War, though rarely named explicitly, determined their motivations and actions and perceived rewards:

What he called “this vast conspiracy theory,” that Western governments and intelligence services were penetrated by communist spies, provided the context for the plots of his novels and the suspicions of his characters—what le Carré called “the atmosphere of mutual suspicion.”

He depicted a world of double agents and defectors, safe houses and dead drops, where the fear was real, even if the danger was, in part, imagined.

In from the Cold 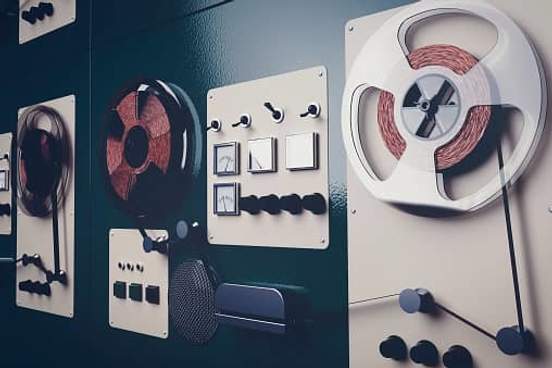 Because John le Carré was working as a low-level British spy in Germany when he submitted his first novels in the early 1960s, his books had to be approved by government censors (and he had to use a pseudonym) in order to demonstrate that he was not revealing details about the British secret service, its operations, or its personnel.

Because of this, he invented many of the colorful specifics of his fiction. He never anticipated the level of success that his books attained, and his vocabulary for spying was widely believed to be the real thing; he later said that, while he invented or popularized this terminology, it seemed real not because it was authentic, but because it was credible.

Considering that sales for The Spy Who Came in From the Cold were astonishingly high—twelve to fifteen million copies sold before the celebrated film was released—it seems that the terms he used for the world that he described so well would catch on and be used by others. At the very least, they would become recognized by those who read his books and saw their adaptations on TV and in movies.

These terms are not yet entered in our dictionaries. Some are probably too specialized and idiosyncratic to his works to become part of the general vocabulary, but some of them are widely used.

in from the cold : to return to normal life following a difficult period (such as an undercover assignment)

babysitter : a spy who remains out of sight in order to protect another

Moscow rules : secret codes, sequences, and signals to ensure the safety of a meeting of spies