Or How a Maple Leaf Survives an Avalanche

Sports fans are a rabid and possessive bunch. Our attachment to our favorite teams affects how we root for them and even how we refer to them.

How Teams Get Their Names

In the early days of professional baseball, the official names of teams didn’t include nicknames (like Cubs or Orioles). You simply had organizations denoted only by their home cities, known as “The New York Baseball Club,” “The Chicago Baseball Club of the American League,” and so on. The tradition of using names like the Highlanders (later the Yankees), the Phillies, or the Cardinals came from sportswriters, who bestowed the names to add a splash of color to their depictions of the team’s exploits. It was only after owners realized their marketing potential that organizations adopted their nicknames officially. 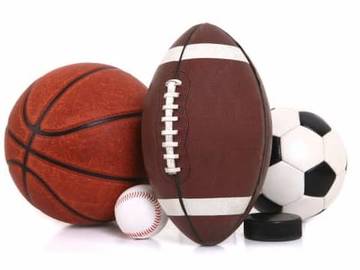 In North America, across the four major sports, the tradition has been to give teams nicknames in the form of plural count nouns. Often they are named for animals (Detroit Tigers, Chicago Bears, Atlanta Hawks), workers in an industry associated with the home city (Pittsburgh Steelers, Green Bay Packers, Milwaukee Brewers, Edmonton Oilers), or figures of lore or history (Dallas Cowboys, Pittsburgh Pirates, Minnesota Vikings, Philadelphia 76ers). Other team names are simply representative objects (Denver Nuggets, San Antonio Spurs, Detroit Pistons). In all of these instances, the plurality of the name reinforces the idea of a group of players working as a team to accomplish something.

How Do You Make 'Sox' Singular?

They also don’t present many challenges when it comes to grammar. But some team names are unique—not to mention a bit stubborn—in this regard. Red Sox and White Sox, for example, sometimes give writers headaches because of that cutesy X at the end. The teams were originally called the Red Stockings and White Stockings, but headline writers, needing a shorter alternative, quickly turned to the phonetic spelling Sox (for Socks).

White Sox and Red Sox employ synecdoche—a linguistic expression in which one uses a part of something to stand for the whole, as when one uses suits to refer to businesspeople or crown to refer to a monarch.

In standard team names, it’s easy to form a singular from the plural: you can talk about a player’s first game as a Viking or one scoring their first goal as a Penguin. But how, then, does one refer to a singular player on the Red Sox or White Sox?

Nobody seems to agree:

Betts is the first Red Sox to win the honor since 2013, coincidentally the last time Boston won a title, when Dustin Pedroia won the award.
— Mike Cole, NESN.com, 9 Nov. 2018

(The temptation to call a singular player a Red Sock or White Sock is even more confounding when you consider that each player still wears two socks.)

And then there are questions about how to form the possessive when the team name is in the plural.

For a standard –s plural noun, the possessive apostrophe would come after the s: the Cardinals’ first draft pick, the Rangers’ new ballpark. If you think of the –x in Sox as standing in for –cks, then the apostrophe would likewise go after the x: the Red Sox’ third straight victory. But a lot of writers instinctively want to pair an s with the apostrophe anyway, leading to the occasional occurrence of Sox's:

The Minnesota NBA team is called the Timberwolves, with the second half of the name using the standard plural form of wolf. Each player on the team is theoretically a Timberwolf. Meanwhile, the NHL team in Toronto is called the Maple Leafs, naming themselves after the symbol on the Canadian flag. Each player is a Maple Leaf. The spelling of the team name follows its own grammatical logic, however, since the noun leaf, of course, is normally pluralized as leaves. So why aren’t they the Toronto Maple Leaves?

The short answer is that we tend to treat certain words with their own grammatical rule when they drift far in meaning from their component terms. (For a more in-depth explanation of this phenomenon, see our article on still life.) In other words: you aren’t pluralizing the foliage of a maple tree, you’re pluralizing hockey players.

Starting with the Utah Jazz, a team whose name made vastly more sense when they were based in their original jazz-friendly city of New Orleans, NBA expansion teams have shown a preference for noncount nouns (those not formed by simply adding –s to a singular noun): Miami Heat, Orlando Magic, Oklahoma City Thunder. The NHL has done the same: Tampa Bay Lightning, Minnesota Wild.

Avalanche is a singular noun on its own that has its own plural, avalanches, but the Colorado Avalanche gets treated as a noncount noun with Avalanche occasionally seen in the singular for a player:

It stayed 1-0 Vancouver for not even six minutes, though, when newcomer Shean Donovan scored his first goal as an Avalanche at 6:29.
— Adrian Dater, The Denver Post, 17 Aug. 2020

In 2020 the Seattle NHL expansion team announced that it would be called the Kraken. In doing so the team ventured into uncharted grammatical territory, for Kraken alludes to a singular mythical creature. Assuming that writers follow the pattern of other sports teams, each player on the ice will also be referred to as a Kraken, which just seems like a grossly unfair advantage.