There are certain words in English that become so popular, so iconic of the thing they describe, that we sometimes break them apart and use their bits to create new words. The suffix -gate, taken from the name of the Watergate scandal, is a perfect example: any time there’s a scandal of any kind, it gets tarred with the -gate brush—everything from sports (Deflategate) to politics (Emailgate) to whatever Donutgate is. There’s -zilla from Godzilla (and appearing in words like bridezilla), the -ocalypse from apocalypse (as in snowpocalypse, sportspocalypse, and pandocalypse), and, of course, -splain. 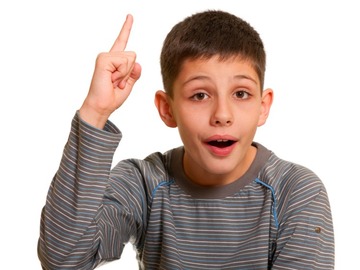 'Splain' has become more visible in recent decades, but it's been in the language almost 200 years.

-Splain, -zilla, and -gate are libfixes, or affixes that have been liberated from their root words. -Splain derives from explain and most commonly shows up in the word mansplain today. But its origins go back almost 200 years.

'Splain, the abbreviated form, shows up in stories in the 1800s, usually in phonetic renderings of a person’s accent. Our earliest example comes from 1821: "One fellow, who applied for a license, being asked if he could read, replied, 'Mother reads, and I spounds and splains!'" (from an unnamed English paper quoted in the Gettysburg Compiler, 15 Aug. 1821). It’s a straight rendering of explain for much of its life, including in the iconic TV show of the 1950s, "I Love Lucy," where Desi Arnez’s character, Ricky, would often ask his wife to 'splain.

But sometime in the last 30 years, a subtle shift in its use took place. 'Splain began to be used sarcastically, particularly in Usenet chat rooms, to call out someone for explaining something either without taking the original poster’s comments into consideration or in a extensive and sometimes condescending way. For example, one poster in a 1989 post subtly challenged another poster’s claims about the human impact on the environment by starting his argument with, "Okay, Paul, splain this to me:...." In 1998, a poster explained the difference between an item’s price and its value and took a subtle jab at another forum poster by ending their explanation with, "Some smart guy who went to a good school will be along shortly to 'splain it all." By 2004, 'splain had gained enough of a negative connotation that when a poster to rec.crafts.woodturning shuts down someone with a sarcastic "could you be a little more splainy about your comment to us," no one jumps in to ask what the excellent splainy means.

It wasn’t until Rebecca Solnit’s 2008 essay "Men Explain Things To Me" that 'splain became attached to a particular kind of splaining: men explaining things to women as if those women didn’t know anything about the things in question. Though Solnit didn’t coin the word that describes this phenomenon, mansplain, she inspired it. Our earliest evidence for mansplain comes from 2009, the year after Solnit's essay appeared.

Mansplain (the word) took off, and people began using the -splain from mansplain to mark other condescending explanations. In the past six years, we’ve seen a multitide of -splains, from whitesplain, rightsplain, gaysplain, journosplain, and straightsplain to one-offs like potlucksplain and grammarsplain. And while the -splain train may slow down, it may never stop: the affix -splain will likely continue to spawn more words to describe a know-it-all condescending behavior.