We've got ourselves a situation here.

Historically, young speakers of English have been at the vanguard of a time-honored pursuit: finding new ways to shorten long words. Slang is an effective means of communicating comfort and familiarity, and cutting back longer words to one or two syllables is a classic technique by which it's created.

Some words are easy to interpret simply by hearing their first syllable, and maybe a bit of context. We know that the merch in merch table means "merchandise" and that demo can mean "demonstration" ("gave a demo of the product") or "demographic" ("appealed to the 18-24 demo"). We have long accepted such shorthand forms as champ for "champion" or condo for "condominium." Enter sitch. 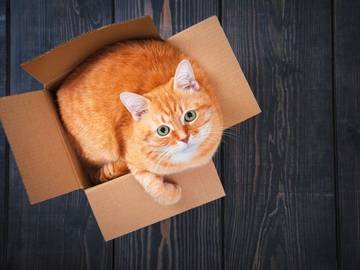 "Okay, so, getting out of the box has turned into a bit of a sitch."

Sitch, short for situation, requires a bit of a double-take when you encounter it in print because it involves an alteration of the spelling of the original word. There's no "ch" in situation, but the sound (known by phonologists as a voiceless alveopalatal affricate, rendered as /tʃ/ in the IPA alphabet) is represented in that word by the –tu- letter combination, much like in culture, natural, and fortunate.

The spelling alteration occurs when we take an initial syllable or syllables of a longer word and then render them phonetically to resemble more familiar orthographic patterns. Examples of such shortenings and alterations include delish for "delicious," fax for "facsimile," and nabe for "neighborhood."

With sitch, the letter combination that represents the voiceless velar fricative is cut in half; the pronunciation intended would be harder for a reader to recognize if the syllable was rendered as sit or situ. Instead it gets spelled to resemble a more familiar word that ends in the voiceless velar fricative, such as witch. The same occurs when we say natch for "naturally."

Like many short forms, sitch probably saw significant use in spoken English before it ever saw print, but it's hard to make a determination of just how far back it goes, since most instances of speech aren't recorded. A drunk character in John Bell Clayton's 1954 novel Walk Toward the Rainbow uses the shortened form of situation to rhyme with a vulgar word for one that is difficult or unpleasant.

But most early print use of the word is found in gossip or lifestyle columns, where it fits the casual and relaxed tone:

The scene: Suppose they opened a nightclub and everybody wanted to come? That was the sitch when the disco-y China Club officially opened Tuesday night in Hollywood. It's been open for months for private parties, but the owners just got all their licenses and opened to the public in a flurry.
— Jeannine Stein, The Los Angeles Times, 17 Aug. 1989

The word was then popularized by several youth-oriented television series, including Buffy the Vampire Slayer (1997-2003) and Kim Possible (2002-2007), whose titular animated crime-fighting teenager employed "What's the sitch?" as a catchphrase.

And while it's still favored chiefly by lifestyle publications that write with a casual tone (such as Cosmopolitan), sitch occasionally finds its way into other media:

Just as a flaw in his character opened the door, a strength in his character can close it. "I got this" is a phrase associated with Obama going back to 2008, phrase he used to assure nervous aides and fans that he had the sitch under control even at its bleakest.
— Michael Tomasky, Newsweek, 5 Nov. 2012

So when should you use sitch? It depends on—well, the situation. For writing in a chatty tone, sitch can be handy word to use—if the sitch presents itself.