Though singular 'they' is old, 'they' as a nonbinary pronoun is new—and useful

One common bugbear of the grammatical stickler is the singular they. For those who haven’t kept up, the complaint is this: the use of they as a gender-neutral pronoun (as in, “Ask each of the students what they want for lunch.”) is ungrammatical because they is a plural pronoun. 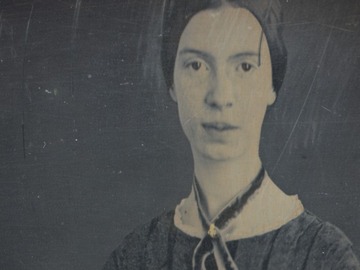 In an 1881 letter, Emily Dickinson wrote "Almost anyone under the circumstances would have doubted if [the letter] were theirs, or indeed if they were themself." People have used singular 'they' to describe someone whose gender is unknown for a long time, but the nonbinary use of 'they' is relatively new.

Much has been written on they, and we aren’t going to attempt to cover it here. We will note that they has been in consistent use as a singular pronoun since the late 1300s; that the development of singular they mirrors the development of the singular you from the plural you, yet we don’t complain that singular you is ungrammatical; and that regardless of what detractors say, nearly everyone uses the singular they in casual conversation and often in formal writing.

They is taking on a new use, however: as a pronoun of choice for someone who doesn’t identify as either male or female. This is a different use than the traditional singular they, which is used to refer to a person whose gender isn’t known or isn’t important in the context, as in the example above. The new use of they is direct, and it is for a person whose gender is known or knowable, but who does not identify as male or female. If I were introducing a friend who preferred to use the pronoun they, I would say, “This is my friend, Jay. I met them at work.”

If you’re someone who has a binary gender (that is, who identifies as male or female) and you’ve never encountered the nonbinary they before, it may feel a little weird. Or you may think it’s unnecessary. You may be confused by all the new terminology (though there’s help out there for you). Yet we’ve been searching for a nonbinary pronoun for quite a while now.

There have always been people who didn’t conform to an expected gender expression, or who seemed to be neither male nor female. But we’ve struggled to find the right language to describe these people—and in particular, the right pronouns. In the 17th century, English laws concerning inheritance sometimes referred to people who didn’t fit a gender binary using the pronoun it, which, while dehumanizing, was conceived of as being the most grammatically fit answer to gendered pronouns around then. Adopting the already-singular they is vastly preferable.