More than producer, more than writer

In the past few years we've been living in a golden age of series television (and television criticism), so it's no surprise that we've been seeing a relatively new TV-industry word more and more frequently: showrunner. 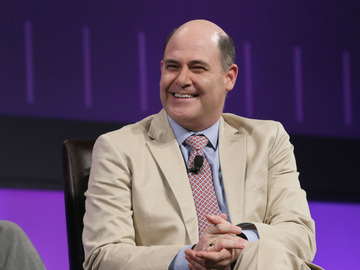 Here are a few examples of the word in use, to see it in context:

"Many big-name showrunners have already sought to free themselves from studio oversight.”

"He became what is known in television as a showrunner, one in charge of all aspects of running a series."

"Doctor Who and Sherlock showrunner Steven Moffat has 'come clean' about the possibility of a crossover 'Wholock' episode between the two shows..."

We can deduce that showrunner means "the producer of a television series who has ultimate managerial and creative control." Notice that the early use is from an industry publication, Variety, one with a specialized and in-the-know readership. By 2011, the term was being used in The New York Times but with an explanation (or gloss) for a much broader audience. The most recent example is used without any explanation, implying that the editors of The Independent believe that their readership is already familiar with the word.

New words that are added to the dictionary almost always follow this same pattern of moving from specialized or regional language into the general vocabulary. A couple other recent examples would include the French Canadian comfort food poutine and the social media term hashtag.