And can it also be long?

Do you give someone short shrift or short shift? Is there a difference? Whichever is correct, is it a medieval version of short-sheeting a person, but with monk’s robes, instead of sheets? What on earth is shrift, and can it be long as well as short? It’s fascinating how many questions one can have about an increasingly archaic term. 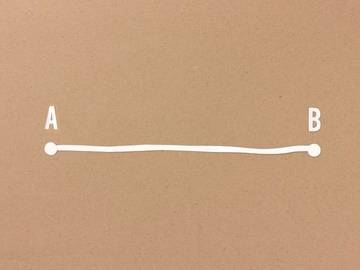 But you should be able to make quick work of it.

You give short shrift to a person or situation (or can make short shrift of something), not short shift. While the words short and shift may be found used together, it generally is without the fixed set of meanings that short shrift has, and is not something we would define. And no, there is no real connection between giving someone short shrift and short-sheeting their bed.

Short shrift has a small handful of possible meanings. The earliest one is “barely adequate time for confession before execution”; more recent senses are “little or no attention or consideration” (as in ‘I gave him short shrift’) or “quick work,” which is usually found in the phrase make short shrift of.

The use of the confessional sense of short shrift goes back to the 16th century.

….he tooke a preeste at auenture & made a shorte shrift, for a longer would not bee suffred, the protectoure made so muche haste to his dyner, whiche might not goo to it till this murther were dooen for sauing of his vngracious othe.
— John Harding, The Chronicle of Ihon Hardyng in Metre, 1543

If villain, feedest thou me with Ifs & ands, go fetch me a Priest, make a short shrift, and dispatch him quickly For by the blessed Saint Paule I sweare, I will not dine till I see the traitors head.
— Anon. The True Tragedie of Richard the Third, 1594

The extended uses of short shrift, those which do not explicitly refer to a brief confession before dying, are now somewhat more common than the original one.

"If I judged them, I'd give them short shrift!" cried Moore; "but I mean to let them quite alone this bout, to give them rope enough, certain that in the end they will hang themselves.”
— Charlotte Brontë, Shirley 1849

Now turning to the most important questions, let’s look a what shrift is and whether or not it can be long. A shrift is “a remission of sins pronounced by a priest in the sacrament of reconciliation,” or, more generally, a confession, which explains the earliest sense of short shrift. Etymologically, shrift comes from the Old English word scrīfan, meaning “to shrive.” Shrive means “to free from guilt,” or “to administer the sacrament of reconciliation to,” and comes from the Latin scribere (“to write”). Scribere is the source of both scribble and short shrift.

But can a shrift be long? Well, sure, at least in the sense that anything that may be described as short may be lengthened and made long.

But now thou art in great peril of death and must confess; yet do not overlook any of thy lesser sins through overmuch haste, for we have time for a long shrift ere our riders can be here.
— Frederick Scarlett, Melcombe Manor, 1875

Kill or be killed was the rule of law, and the killer had no long shrift from the law.
— Ernest Bowen-Rowlands, Judgment of Death, 1924

The use of long shrift is very uncommon, and, when found, often seems to be an attempt at punning on short shrift. It’s not wrong to put these words together, but neither is it a fixed phrase. Which means you can give it whatever kind of shrift you want.