On social media, people will often try to put themselves in positions where they look smarter than the person with whom they are arguing, only to have it blow up in their faces. They might, for example, inadvertently highlight evidence that contradicts their point, or simply present themselves in a way that comes off as more pathetic than the person they are trying to upstage. It is during such instances that we become witness to the glorious phenomenon of the self-own. 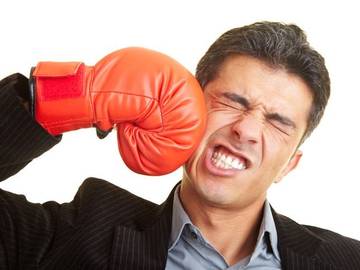 Most other users, however, recognized that by giving Beyoncé attention through internet hate, TheNewYorkRipper was invalidating his own message. Because of this, the thread was taken over by a whole bunch of fans defending Beyoncé and calling out the original poster on his self-own …
— John Bonazzo, The New York Observer, 13 Feb. 2017

In fact, the only bright spot in Piers Morgan’s social media presence is that most of his attempts at pseudo-intellectual machismo end up being spectacular self-owns. For examples of this, you can look at his thoughts on race, Donald Trump, the history of his own country, or the Women’s March, to name a few—but I don’t recommend it.
— Cady Drell, MarieClaire.com, 16 Oct. 2018

After divers rescued the children stuck in the Thailand cave, Musk called one of the rescuers a pedophile. That diver is now suing Musk for defamation. That is but one of two litigious self-owns perpetrated by Musk via Twitter. Last month, I wrote a summary of how he inflated his stake in Tesla by $850 million in an afternoon with a single tweet. Tesla was trading at around $343 when he sent the tweet out, and its stock shot up at this first-hand report that he was taking it private at the weed number: $420 per share. One problem? Tesla hasn't gone private at $420 per share, and falsely saying you are taking a company private at 22% higher than its current market price is the literal definition of illegal market manipulation.
— Jacob Weindling, Paste, 28 Sept. 2018

Own is a common verb meaning “to possess,” but self-own relates to a particular sense of own that is popular with hackers and gamers. To be owned, in this instance, means to have someone break into your computer, an act of possession viewed as either a conquest or defeat, depending on whether you’re the one doing the hacking or the poor soul being hacked. As Amanda Hess explains in The New York Times Magazine: “Owning someone isn’t just about taking his things; it’s about diminishing him as a person. With enough specialized technical knowledge, you can actually seize control of another human being, or at least the person’s virtual presence.”

(In the mid-2000s, the variant form pwn emerged as a slang term used primarily by video gamers, purportedly so spelled because a typo slipped into the screen text of a popular game.)

The noun for this sense of own is not ownership but ownage. Own also has a developing sense meaning “to dominate” (“Unlike Mancuso, he has been dominant during the regular season, owning the giant slalom.”—Tim Layden, Sports Illustrated, 3 Mar. 2014).

Usage of own in internet lingo conveys the same notion of conquest. In the dog-eat-dog world of Twitter takedowns, knocking someone off their peg is the name of the game. To that sense of own we combine the prefix self-, used in many a reflexive action, such as self-discipline or self-pity or (in a term more comparable to self-own) self-defeating. Therefore, a self-own does the job of owning, or humiliating, a user before anyone else gets the chance.

As a side note, in a beautiful coincidence of English phonetics, self-own also happens to share a homophone with the name of the device that makes many Twitter self-owns possible: