What's the difference between these words?

Perhaps you have been invited to a Burns Supper, the ceremonial gathering in honor of the poet Robert Burns, which typically takes place on January 25th and involves the intentional consumption of both whiskey and haggis. In preparation, you have turned to the dictionary to help you with a tricky question: What is the difference between Scots, Scotch, and Scottish? 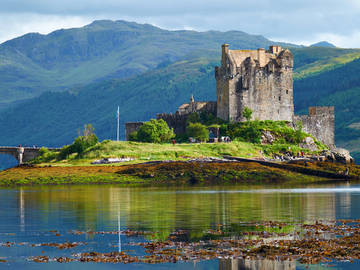 Each one of these words may be defined (as an adjective) as “of or relating to Scotland or its people,” and each one may also be defined (as a noun) as “the Scots language.” However, some uses are more common than others.

Most of you who are interested in the answer to this question were probably hoping that there would be some pithy aphorism that you could easily commit to memory. We’ll try our best to supply one of these, but since we’re dealing with Scottish and English, and people can’t even agree on whether these are the same language or not, it’s tricky.

For instance, if you look Scots up in this dictionary you will find the following possible meanings:

(adj.) of or relating to Scotland or its people
(n.) the English language of Scotland

That seems clear enough; let’s look at some definitions for Scotch:

That feels a bit ... less clear? Well, let’s look at some definitions for Scottish; that will probably clear this whole thing up.

(adj.) of or relating to Scotland or its people
(n.) Scots

So each one of these words may be defined (as an adjective) as “of or relating to Scotland or its people,” and each one may also be defined (as a noun) as “the Scots language.” There is a reason for all this.

There is a considerable body of evidence of each showing of these three words being used in a variety of senses over the last few centuries. In other words, enough people have used all three words with each of these senses intended that we are compelled to offer the same set of definitions (among others) for each of them.

However, evidence suggests that certain uses are more common in Scotland than North America, so if the preferred usage of the Scottish people is what you need to know for your Burns Supper, here it is:

Scots is most often used to refer to the dialect of English found in Scotland (although, once again, some feel that it instead is a Germanic language which is related to, but distinct from, English).

Scotch is generally used in compounds (such as Scotch pine or Scotch whisky), and set phrases.

Scottish is the preferred adjective; in cases where you are referring to the literature, character, or ancestry of the people of Scotland, it is generally correct to describe them as Scottish.

If you still would like a short mnemonic to aid you in understanding the difference between these words you can use the following: If you do not speak Scots, you may ask your Scottish host for a drink of Scotch whisky.