Why We Feel 'Sapped'

It has nothing to do with trees.

At the end of a long day—say, when you've been running around doing errands or rushing to meet a deadline—you might say you feel sapped. But ... why? 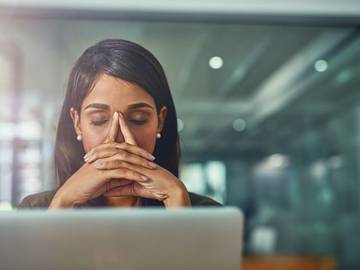 To sap means "to weaken or exhaust the energy or vitality of" or "to gradually diminish the supply or intensity of":

They received a rousing welcome at the Gryffindor table, where everyone was wearing red and gold, but far from raising Ron's spirits the cheers seemed to sap the last of his morale; he collapsed onto the nearest bench looking as though he were facing his final meal.
— J. K. Rowling, Harry Potter and the Order of the Phoenix, 2003

It wasn't so long ago that the White House prided itself on its discipline and effectiveness. But after a year of political blunders, scandal and increasing violence in Iraq, the president and his team seem exhausted and sapped of swagger.
— Richard Wolffe et al., Newsweek, 1 May 2006

Love began writing the songs for Nobody's Daughter in 2005, during a court-mandated rehab stint. She was also struggling to regain control over her finances, which she alleges have been sapped over the years by various forms of credit and insurance fraud.
— Jenny Eliscu, Rolling Stone, 26 Nov. 2009

To feel sapped is to feel drained, either physically or emotionally. There is another verb sap, meaning "to drain or deprive of sap." Sap is often called the "blood" of a tree, and like the blood of an animal, it carries nutrients that ensure the tree's vitality. So when the sap is removed—as when it is sucked out by an insect—the lifeblood of the tree is compromised:

Sapped by attacks from an exotic aphid, a moth, and two species of bark beetles, the spruce-fir zone in the Pinalenos was scrofulous and drier than normal.
— Jeff Wheelwright, Discover, June 2006

However, even though we say we're "sapped" when we feel drained, we aren't speaking about ourselves figuratively in terms of a tree that has been emptied of its sap, as logical as that might seem. The sap that drains from trees and the sap that drains energy from people have different origins.

The verb sap meaning "to gradually diminish the supply or intensity of" or "to weaken or exhaust the energy or vitality of" derives ultimately from zappa, the Old Italian word for "hoe." Originally, to sap something (such as a building) was to undermine it by digging or eroding the substratum or foundation:

Under these calamities, the mind of Guiscard alone was firm and invincible; and while he collected new forces from Apulia and Sicily, he battered, or scaled, or sapped, the walls of Durazzo.
— Edward Gibbon, The History of The Decline and Fall of the Roman Empire, Vol. VI, 1789

In spite of this, the fact that sap is often used alongside language that suggests a draining of vitality suggests that many speakers and writers think of the word in terms of draining liquid from trees:

Wage growth has failed to keep pace even with unemployment at a 42-year low, draining consumers' spending power and sapping a key driver of economic growth.
— Jill Ward and Harumi Ichikura, Bloomberg.com, 12 Jan. 2018

Additionally, sometimes the "deprive of energy" sense is rendered as zap:

It was Holliday's third consecutive missed game because of what the team called an allergic reaction. Holliday's bloodwork has been sound, but the 37-year-old been feeling "zapped of energy."
— Kevin Skiver, CBSSports.com, 28 Jun. 2017

This sense of zap is not itself entered in the dictionary, though you will find other senses of the verb, including "to hit with or as if with a sudden concentrated application of force or energy" or "to transport instantaneously." While it's possible that zappa, the Italian root of the sense of sap meaning "to undermine," has some influence on this spelling, attributing it to the notion of being hit and rendered inactive or immobile, as with electricity, is not far-fetched.

There's also the noun sap, used to refer to a gullible or foolish person. While there might be a temptation to connect this word to either verb sap, the noun is actually short for the nouns sap-head and sap-skull, both pertaining to the tree fluid and now obsolete. Unless you decide to bring them back (if you're not feeling too drained, that is).