The image of the rolling stone derives from the old proverb "a rolling stone gathers no moss." While today this is usually associated with a sense of freedom, wanderlust, or adventure, especially regarding youth culture, it originally described one who shirked social responsibility and was closer to a vagabond or wanderer. 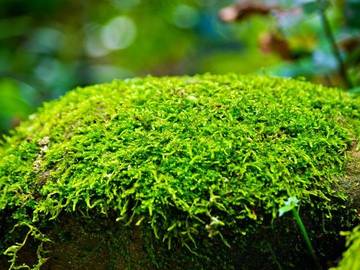 Pictured: a rock that quit the band and found steady employment

In 1962 the young British musician Brian Jones was forming a new blues band, and on a phone call with a club owner he was asked the name of his group. As he (by his own account) cast about in panic, his eye alit on an album by his beloved Muddy Waters and the above song title. Jones’s group would go on to decades of undreamed-of success.

Three years later Bob Dylan wrote a blistering song about a privileged rich girl cast out of upper crust society, asking “How does it feel / To be on your own / With no direction home, / Like a rolling stone.” It would become one of the most acclaimed rock songs of all time.

And in 1967 Jann Wenner published the first issue of a biweekly newsprint periodical devoted to rock music, pop culture, and politics, explaining the new magazine’s title as deriving from all three: the Muddy Waters song, the British rock group, and the Bob Dylan hit.

But what exactly is this rolling stone? In 1508 Erasmus of Rotterdam published a volume of ancient Greek and Latin proverbs; one of his Greek entries translates to “A rolling stone does not gather algae,” and one of the Latin entries to “A rolling stone is not covered with moss.” In 1546, a collection assembled by the English playwright John Heywood partly from the Erasmus anthology would include—in the immense opening poem rather than as one of the hundreds of proverbs that followed it—the line “the rollyng stone never gatherth mosse.”

Heywood’s context makes it plain that failure to gather moss metaphorically represents not a desirable freedom and independence but rather social irresponsibility. And for many decades thereafter that seems to have been the consensus; in a French-English dictionary from 1611, the French rodeur is translated and defined as “A vagabond, roamer, wanderer, street-walker, highway-beater; a rolling stone, one that does nought but runne here and there, trot up and downe, rogue all the country over.” The rambling man, in other words, acquires none of the civilizing accretions that define the respectable citizen.

Meanwhile, the term had begun to denote something quite different as well. When a large rock was cut and shaped into a cylinder, with a hole drilled through it lengthwise, a rod inserted, and a handle attached, this “rolling stone” could be used for such tasks as flattening earthen surfaces and grinding grain. When the great William Blake executed a set of wood-engraving illustrations for proverbs in 1821, his image for “A Rolling Stone is ever Bare of Moss” showed a youth pulling a rolling stone over a swath of ground in front of a grand house.

From Bad to Good

Over time, the moral sense of the proverb edged into ambiguity. By the 19th century, writers were suggesting that a rover might be better off for abandoning the accoutrements of a settled existence. So in 1894, when a bank teller named William Porter started up a humor magazine in Austin, Texas, the periodical’s name, The Rolling Stone, evidently suggested to its readers a merely freewheeling and funloving spirit. In 1909 Porter, by then famous as a short-story writer under the name O. Henry, would tell the New York Times that the magazine “rolled for about a year and then it showed unmistakable signs of getting mossy. Moss and I never were friends, and so I said goodbye to The Rolling Stone”—a marvelously euphemistic way of saying that he’d had to flee to Honduras to evade arrest for embezzlement.

American youth culture of the 1950s and 1960s was imbued with a powerful strain of wanderlust. The birth of rock and roll coincided with the new availability of cars to teenagers. Songs by Chuck Berry and others hailed the joys of local mobility, while literary works such as Allen Ginsberg’s “Howl” (1956) and Jack Kerouac’s On the Road (1957) planted the romance of wider horizons in the minds of countless young Americans. Moving on down the highway, heading somewhere else in a quasi-outlaw spirit, became one of the amorphous dreams of a whole generation.

How better to epitomize that youthful impulse than with a durable 2,000-year-old metaphor?