How 19th-century Honduras gave us a lasting expression

In the course of becoming the world’s most popular fruit, the banana also added an enduring item to our vocabulary: the banana republic. 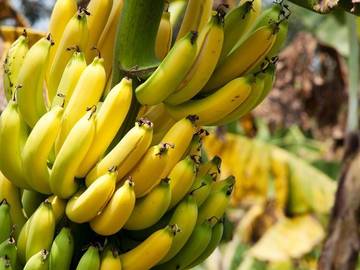 In 1901, Ainslee’s Magazine published a short story by an author named Olivier Henry, “Rouge et Noir,” set in “the banana republic of Costaragua.” Three years later, the story would reappear in a newly published novel (or set of linked stories) called Cabbages and Kings, with the country’s name changed to Anchuria and the authorial name adjusted as well: The writer, born William S. Porter, was now to be known as—and would remain forever—O. Henry.

As a bank teller in Austin, Texas, the young Mr. Porter had in 1895 begun embezzling money to pay the medical expenses of his seriously ill wife. Found out, he absconded to Honduras, a country still lacking an extradition treaty with the United States. In his six months there, his fertile imagination began conceiving the stories that would become, over the next eight years (three of them spent in prison), the clever and colorful work that would make his name.

The corrupt and unstable country portrayed in Cabbages and Kings may seem like a parody (and some of its prose can offend modern sensibilities), but to historians the descriptions ring largely true. By the time Porter arrived in Honduras, the country had had over 30 presidents in its brief 46 years of independence. As the novel opens, the country’s president is fleeing a coup with a satchel full of government money; a bit later, his successor, having recklessly slapped a tax on the bananas exported by the large American companies that control the economy, is himself deposed in a corporate-backed coup.

The banana first reached the Caribbean from Africa via Portuguese ships in the 16th century, but to North Americans it was a fresh new discovery in the late 1800s after Boston sea captain Lorenzo Baker brought it to market in New Jersey. A few years later he would cofound the Boston Fruit Co., a forerunner of the United Fruit Co., and by the end of the century United and its early competitors had begun buying up vast expanses of agricultural land on Central America’s Caribbean coast, gradually taking on much of the role and power of government in its territory.

Although American corporations no longer dominate Central American economies with the same heavy hand, banana republic has continued to thrive. Many decades after its inception, it got a major boost with the 1979 opening of a new clothing company in northern California. Banana Republic’s distinctive line of travel attire harked back to an era when tales of audacious explorers riveted readers and filmgoers alike. However, the company name at first struck some as disrespectful:

"James Sterba rightfully ridicules the pseudotropical clothes that Banana Republic sells at exorbitant prices (arts page, Jan. 22). Mr. Sterba is on the right track but he does not go far enough. Naming stores Banana Republic belittles the people who labored on the plantations in the so-called banana republics of Central America and it belittles the governments of those countries that perhaps were trying to promote development. Development of a country based on a single crop is what yields a banana republic. The role of U.S. corporations was crucial to the dependency that emerged on the banana crop. That's why selling fancy clothes in a Banana Republic is offensive."
— The Wall Street Journal (letter to editor), 26 Feb. 1987

By coincidence, a series of violent political dramas in Guatemala, El Salvador, and Nicaragua exploded into international notoriety at the very moment of Banana Republic’s founding. The often appalling headlines may have lent an edge to the company’s image but did not impede its growing success.

Bananas have greatly receded in the area's economy (and Banana Republic has long since jettisoned its tropical gear), but the term has lived on in uses extending beyond small countries of the tropics:

"Celebrations are more important than service delivery. Day by day we are becoming a banana republic."
— The Daily News (Durban, South Afr.), 13 Aug. 2018

THE year 1986 seems like a lifetime ago. I was 20, sporting a pretty good mullet, driving an old Valiant and still at university. Bob Hawke was prime minister, Paul Keating was treasurer, interest rates were at 15.5 per cent and Keating warned Australia risked becoming a “banana republic” as the current account deficit soared as inflation ran close to 9 per cent and the Australian dollar dropped below US60c.
— Paul Syvret, Herald Sun (Melbourne, Aus.), 6 Feb. 2018

More recently McKay dreamed up the Mexican "Donaldo Trumpez" this year for Funny Or Die, flipping the script on the blowhard antics that have enabled Trump to bully his way into the national spotlight. Talking 2016, he mulled the possibility of an actual Trump White House. "It would just mean that America is now a banana republic. Like, we're just done," he said, considering his nightmare scenarios: President Trump, President Carson, President Huckabee.
— Jen Yamato, The Daily Beast, 2 Dec. 2015

Though the region has changed greatly since O. Henry's time, banana republic can still evoke a troubled and consequential history.

Maybe it's time for that banana split, after all.