The Medical History of 'Remiss'

Don't worry: it's not brain surgery.

We would be remiss if we didn't take a quick break to talk about remiss.

The word is a more formal synonym of careless or lax, and it often appears in the phrase "would be remiss" to mark negligence of some sort—or to caution against it. 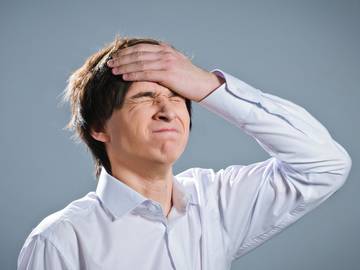 'Comptrollour of Any Porte' is also our favorite Guided by Voices song.

Assuming that information is favorable (and if it isn't, then perhaps the product needs to be revamped), a company would be remiss if it didn't use the data.
— Vladas Griskevicius, Robert B. Cialdini, and Noah J. Goldstein, MIT Sloan Management Review, Winter 2008

It tends to be used in more formal written works, and it has a smack of the law about it. Given the meaning of remiss, and given our inexorable drive for order and logic, you may assume that remiss is a combination of the prefix re-, "again," and miss, "to fail to comprehend, sense, or experience." Once again, we'd be remiss if we didn't point out that English moves according to its own logic.

Remiss first showed up in English writing in the 15th century as a medical term to refer to something reduced in intensity. Early medical texts mention "remiss redness" (so, pale skin) or "urine that is remiss" (that is, dilute). It also was used in medical texts to refer to relaxed ligaments:

The medical looseness of stretched-out ligaments led to remiss being used very early on in the 15th century to refer to legal laxness as well. Remiss shows up in the rolls of Parliament in the late 1400s, helpfully glossed in case the reader was unsure what remiss might mean:

If any custumer or comptrollour of any porte be necligent or remisse in [no one] pakkyng of the said clothes...
— Rolls of Parliament, 1474-1475

Remiss didn't just have legal uses, but moral ones as well. These are the uses that gave remiss its connotations of a lack of strictness or discipline:

By the lasciviouse and remisse education of Varius Heliogabalus, he grewe to be a person most monstruouse in living.
— Thomas Elyot, The Image of Governance, 1541

Remiss derives ultimately from the Latin remittere, which means "to send back." How did it get from returning to not caring? In Latin, remittere also meant "to relax, to slacken, to let go" as an extension of sending something (assumed held under tension) back to its originating point. Medieval French borrowed remittere in its "relaxed" sense and created remiss, and in its "send back" sense to create remit.