Prodigy refers to a highly talented child or youth. Protégé refers to a person who is taught and helped by someone who has a lot of knowledge and experience. 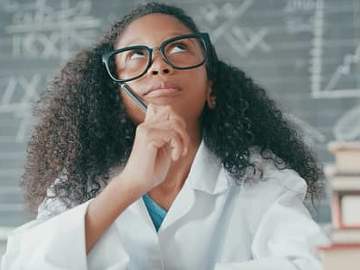 Prodigy and protégé are words that have a lot in common: they sound alike and are often used to refer to young people.

The Origin of 'Prodigy'

They also both derive from Latin, but this is where the similarity ends. Prodigy comes from the Latin word prōdigium, and its first use in English in the 1400s matched the original Latin meaning of “omen, portent.” Shakespeare used it this way in Henry IV, Part 1:

Where did you give a fair and natural light,

And be no more an exhaled meteor,

A prodigy of fear, and a portent

Of broached mischief to the unborn times?

Prōdigium also meant “monster” or “something that is extraordinary or inexplicable.” Shakespeare also used prodigy this way, in The Taming of the Shrew:

And wherefore gaze this goodly company

As if they saw some wondrous monument

Some comet, or unusual prodigy?

This is the meaning that developed into our modern use of the word, “a highly talented child or youth,” since a prodigy’s talent is often astonishing and inexplicable—so much so that they might seem to be “monstrous” (using the word’s “deviating greatly from the natural form or character, abnormal” definition). This “talented child” meaning has essentially displaced all others for us today. The related adjective prodigious is also used in this context, often in the phrase “prodigious talent.” (The similarly spelled prodigal is unrelated; it comes from the Latin word meaning “to squander.”)

The Origin of 'Protégé'

As for protégé, meaning literally “one who is protected,” it comes from the French verb proteger, itself derived from the Latin protegere. This word is the kind of borrowing that retains its French spelling (those acute accent marks) and pronunciation; sometimes grants a slightly fancy or officious position, status, or standing; and came into English during or after the 17th century.

Here are some others in this category:

Protégé means “one who is protected or trained or whose career is furthered by a person of experience, prominence, or influence.” Its use implies great potential on the part of the protégé, and the interest and attention of the mentor figure.

Overlap between 'Prodigy' and 'Protégé'

Because both words can be used to refer to young people, they can cross or overlap—and be confused. A prodigy can certainly be the protégé of someone and a protégé can be a prodigy, but there are also many instances of the almost certainly erroneous “child protégé” if you search for them. Careful editors usually fix this in professional writing, but, probably because of the phonetic similarity of these words, this confusion can happen sometimes when we are speaking. For instance, Zaila Avant-Garde, the winner of the 2021 Scripps National Spelling Bee and also an outstanding athlete, was identified as a “basketball protégé” on a National Public Radio news program. Transcripts of other broadcasts show that this is not an isolated case (although transcription errors may also be at fault).

Sometimes, it seems like these words are interchangeable. Indeed, there are instances of the use of protégé where the word seems intended to have also absorbed the meanings of prodigy:

The daughter of Beyonce and Jay-Z is following in her parents' footsteps in a major way: She just scored her first Grammy nomination at the tender age of 8. The musical protege is up in the category for Best Music Video for "Brown Skin Girl."
—Radio & Music, 15 December 2020

Also ahead, Venezuela's musical protege and superstar conductor at the LA Philharmonic Gustavo Dudamel joins me.
—Christiane Amanpour, 3 May 2018

For these similar words that have distinct meanings, bear in mind that a prodigy often seems to possess an unexplainable ability—all by themselves—whereas a protégé learns from the example of mentors, teachers, or colleagues. Keeping them straight may require prodigious attention to detail.